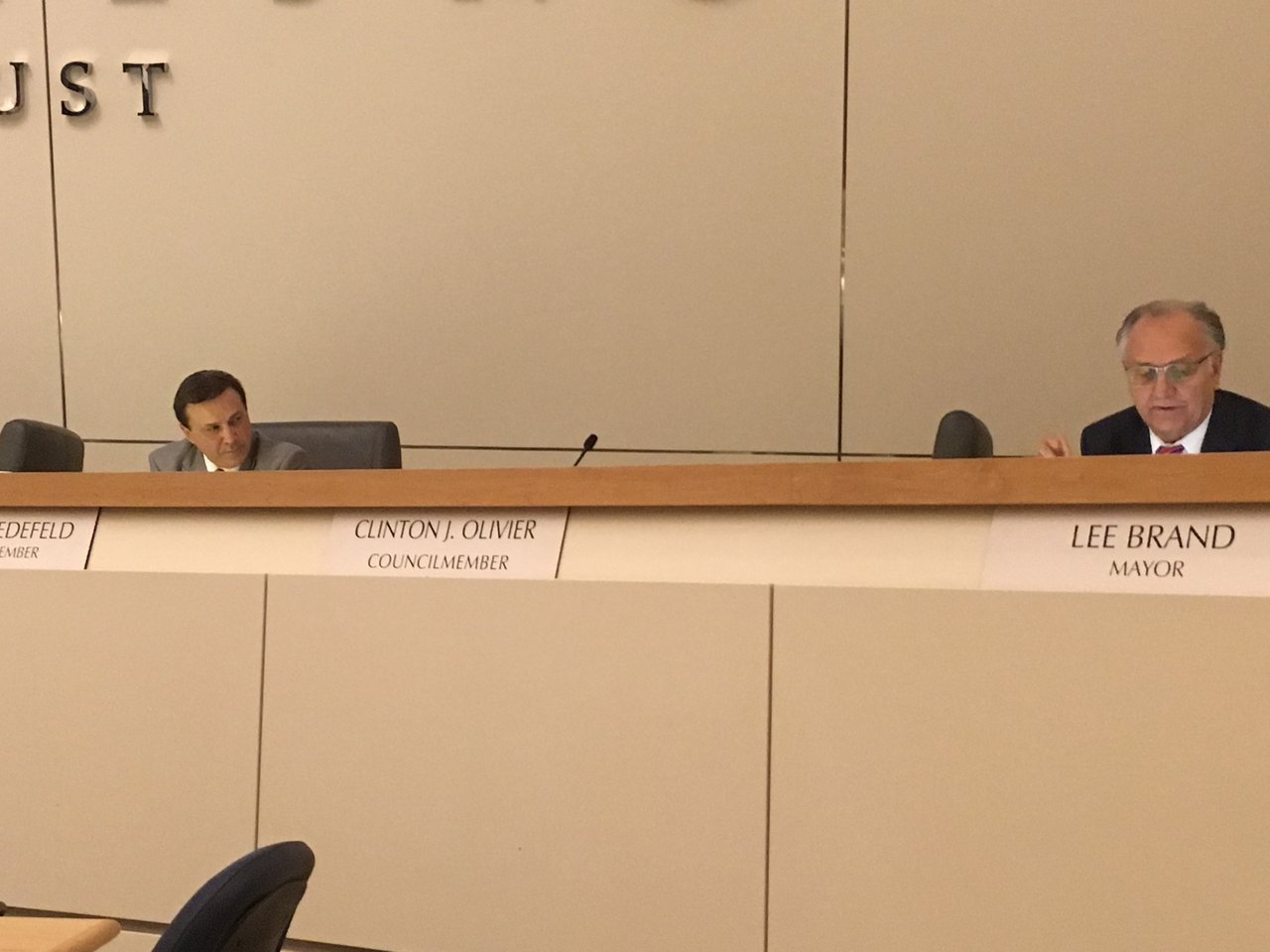 Two Fresno leaders went head-to-head Thursday over the best way for the city to improve its business climate. And their months-long war of words continued on the city council dais, each trading insults and accusations.

Both Agree There is a Problem

Gauging council support for Bedefeld’s proposal proved elusive. Only two spoke up, each trying to repair the rift between Bredefeld and Brand.
Brandau said that he wanted Bredefeld to present his plan to the Business Friendly Fresno 2.0! committee. Brandau also wants the committee to meet more frequently. The first meeting is scheduled for April.
Councilman Oliver Baines expressed dismay over the public bickering the past few months.
“There is an obligation on the part of council to work with administration,” Baines said. “I was disappointed in both of you with the dialogue today.”
Both councilman, as well as some public speakers, expressed a desire for Bredefeld and Brand to work together.

Next Steps Are Unclear

“It turned out very well. I wasn’t sure what was going to happen,” Bredefeld told GV Wire after the meeting.
Bredefeld did not have a specific date when he would return his plan to the council for a vote. He also didn’t say if he would take up Brandau’s suggestion to present the Money Back Guarantee idea to Brand’s committee.
Brand Introduces Better Business Fresno 2.0! on Jan. 18