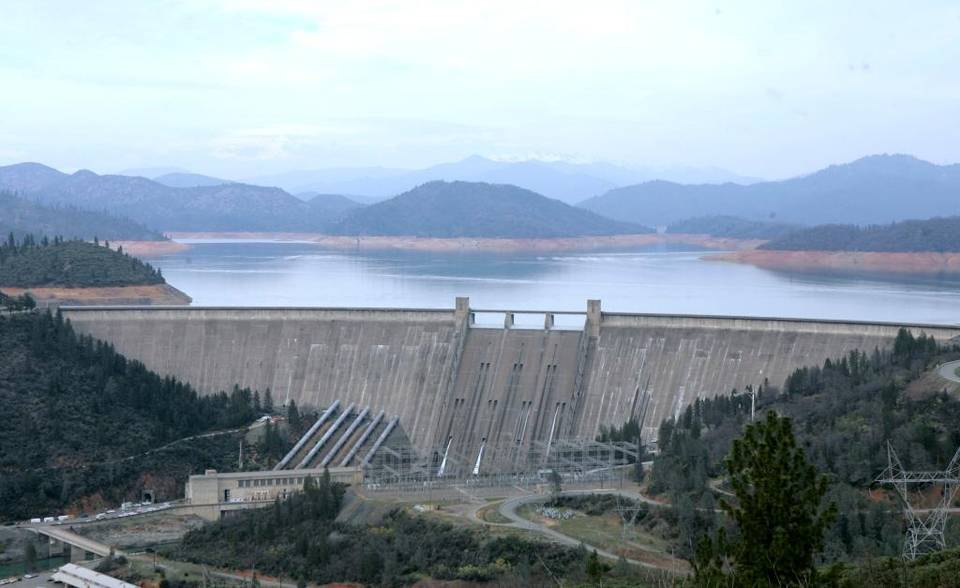 As California’s lakes and reservoirs brace for potentially massive amounts of rainfall, debates have raged in Congress over expanding the largest reservoir in the Golden State.
Leaders in Congress are rushing to pass an omnibus funding bill by the Friday deadline. If they fail, we will see a repeat of the February government shutdown.

Among the sticking points in the bill are the myriad riders attached to pursue specific policies or allocate funds to local projects, like the controversial New York-New Jersey tunnel or disaster relief to Puerto Rico.
Lawmakers must be especially cautious with these additions when working on such a tight timeline. Including a provision that passes in the house of origin, but might be a poison pill for the other house or the president would lead to a shutdown.

Once underway, the expansion is projected to cost more than $1.3 billion and would likely face a variety of legal challenges.
California Secretary of Natural Resources John Laird, in a recent letter to Congress, detailed the California Wild and Scenic Rivers Act violations the project would create. Opposition also comes from the Winnemem Wintu Tribe.  Many of their remaining sacred sites would be inundated by the higher reservoir. Fishermen, environmentalists and local residents also oppose raising the dam.
Thus, it was no surprise that California’s congressional Democrats listened to the state party and stripped the bill from omnibus consideration.
Given the Republicans’ narrow and tenuous majorities in both houses, Democratic votes are required to pass the bill. The Democrats used this leverage to request stipulations requiring any activity on the project to comply with federal and state law, effectively killing the bill.

Shasta Dam is part of the federal Central Valley Project system. This system protects against flooding, stores water primarily for agricultural interests and provides deliveries for a broad array of south-of-Delta contractors.
Among the most well-known contractors are farmers from the massive Westlands Water District. Despite their political influence, these farmers are last in line for water rights. Thus they are highly motivated to gain more reliable sources of irrigation water.
In this particular instance, critics tied this effort by the Trump administration and Rep. McCarthy to former Westlands lawyer and current Department of Interior Deputy Secretary David Bernhardt.
Though some have suggested McCarthy’s proposal to be a result of “cronyism,” Bernhardt said he would comply with conflict-of-interest rules.

Tom Birmingham, the general manager of Westlands, told The Sacramento Bee that he disagreed with the actions of state leaders and congressional Democrats to block the project. He said that expanding Shasta’s capacity “makes eminently good sense” for both environmental and water-supply needs.
Given the reluctance of state leaders to build new water infrastructure, it is uncertain when more storage will be available.