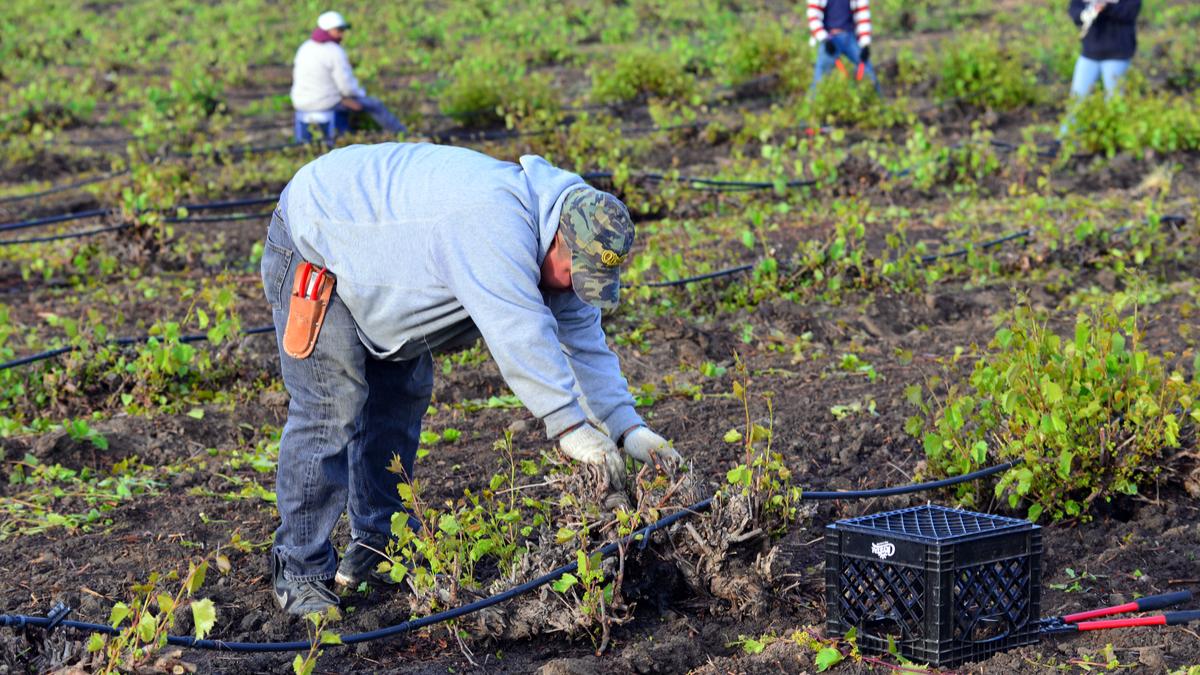 The top officials at Immigration and Customs Enforcement clearly are following President Donald Trump’s anti-immigrant agenda while turning a deaf ear to those worried about Valley agriculture and our neighbors who toil in the fields.
Last week, The Fresno Bee reported that Rep. Jim Costa (D-Fresno) sent a letter to ICE Director Thomas Homan. The veteran congressman wrote that ICE’s continuing targeting of Valley growers would have a “severe and disproportionate” impact on our agricultural communities.


It’s almost as if McCarthy and Nunes are saying, “We will always fight for water. Farmworkers? Not so much.”
In addition, Costa wrote, “Instead of tracking down human traffickers, investigating terrorists or apprehending members of transnational criminal organizations, ICE would send armed agents to businesses around the country to search for employment paperwork irregularities.”

Republicans Can Do Something But Sit Silent

With Republicans controlling Congress, as well as the White House, Costa’s protests, while important, aren’t likely to convince the president to change his nativist approach to immigration.
But if Trump fielded complaints from Republicans in the Valley’s congressional delegation — particularly House Majority Kevin McCarthy of Bakersfield and veteran House member Devin Nunes of Tulare  — the president might realize the error of his ways.
Thus far, McCarthy and Nunes have stood silently while federal immigration agents check employee records at Valley packing houses, farms and food processors. Their tacit approval of the president’s war on immigrants is all the more glaring because of their past efforts to protect Valley agriculture.
It’s almost as if McCarthy and Nunes are saying, “We will always fight for water. Farmworkers? Not so much.”

In Trump’s Eyes, America is not Nation of Immigrants

Perhaps we shouldn’t be surprised. Neither McCarthy nor Nunes said a peep when U.S. Citizenship and Immigration Services removed the phrase “nation of immigrants” from its mission statement last month.
Meanwhile, ICE’s response to Costa echoed the inaccurate statements Trump made during his presidential campaign and thereafter.
“ICE is the federal agency responsible for enforcing these laws, which were set up to protect jobs for U.S. citizens and others who are lawfully employed, and to eliminate unfair competitive advantages for companies that hire an illegal workforce,” ICE spokeswoman Lori Haley said in an email to The Bee.

ICE’s actions do nothing to protect jobs for U.S. citizens. People come to the Valley from Mexico and other countries because growers can’t get native-born Americans to perform the physically taxing jobs.
Without undocumented workers from Mexico and other countries, crops would go unpicked and rot in the field. Without undocumented workers, houses won’t get framed, hotel rooms won’t get cleaned and meat packers will close their doors.
Here’s what farmer Joe Del Bosque of Firebaugh told The Los Angeles Times in January: “Americans will say, ‘You can’t pay me enough to do this kind of work.’ They won’t do it. They’ll look for something easier.”
Is it any wonder that some political experts are predicting a Democratic “blue wave” at the ballot box come November?
Trump and his Republican enablers apparently have forgotten the melting-pot values that made America great in the first place.
— Written by Bill McEwen