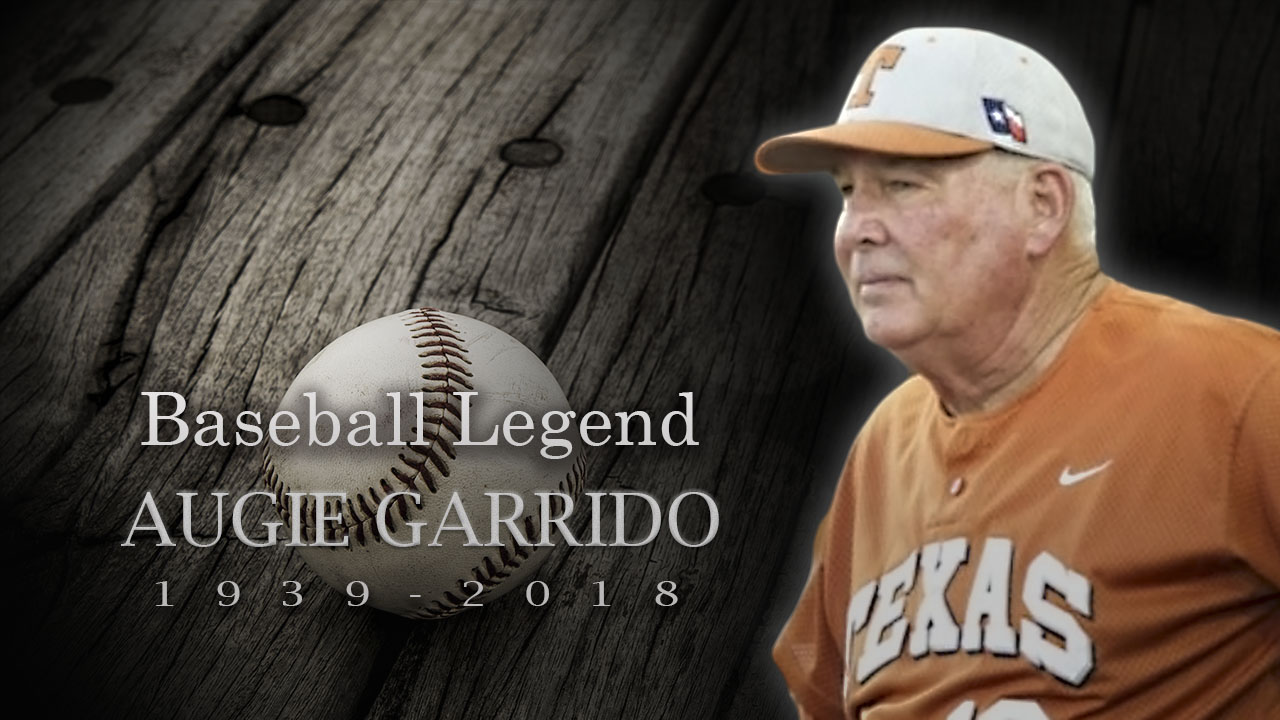 Augie Garrido, perhaps the greatest college baseball coach ever, died early Thursday morning after suffering a stroke Sunday.
August Edwin Garrido Jr., a native of Vallejo, was an all-conference outfielder at Fresno State, where he played on the Bulldogs’ 1959 third-place College World Series team.
Enrolling at Fresno State required him to defy the wishes of his father who wanted him to stay in Vallejo and work alongside him in the shipyards.


In the summers of his college years, Garrido took the bus from Vallejo to San Francisco to play ball by day and wait tables at night. At Fresno State, where he represented the school as an outfielder in the 1959 College World Series, he lived in a shack intended for migrant farm workers.
After graduating from Fresno State in 1961, Garrido signed with the Cleveland Indians and played five seasons in their minor-league system, rising as high as the Triple-A Pacific Coast League.

Then it was on to Sierra High School in Tollhouse, where he began his coaching career.
And what a career it was.
Garrido-led teams won the College World Series five times (three at Fullerton State, two at Texas). His clubs went to the College World Series 15 times, won 16 NCAA Regional Tournament titles and 25 conference championships.
Highly respected by his peers, Garrido was named National Coach of the Year six times (1975, 1979, 1984, 1995, 2002, 2005). Garrido finished his career in 2016 as college baseball’s all-time wins leader (1,975).  Garrido’s teams produced 15 first-round draft picks in Major League Baseball and 27 players won All-America honors 34 times.

Tributes From the Coaching Fraternity

“Augie was a giant in our game,” Texas head coach David Pierce told the Longhorn Network. “His impact on baseball, . . . and on me and so many others will live on forever. My thoughts are with Jeannie, his friends, his family, and all those who were lucky enough to have met him, played for him, or learned from him. His presence will be sorely missed but his legacy will never be forgotten.”
Said Texas A&M baseball Coach Rob Childress: “This is a dark day for our sport,” Childress said. “Augie Garrido was the godfather of college baseball.”
Skip Bertman, the retired LSU coach who also won five national titles, said, “I coached against him and watched hundreds and hundreds of other coaches, and he’s the best I’ve ever seen.”

Garrido approached the game a little differently than many coaches. He invested time in motivating players and talking about the sacrifices required to become a winner. He was often described as the “Zen master” of baseball.
Garrido’s teams, reflecting their coach, used the element of surprise to their great advantage. One of his favorite tactics was playing “small ball” and moving runners along with bunts and stolen bases.
“He played 90 feet at a time and had great instincts on the field,” Bertman said. “I don’t think he really tried to be anything but himself.”

“These kids aren’t machines. They have feelings, they have emotions. This isn’t a game played by robots.” — Augie Garrido

Garrido explained why he loved baseball in videos he made with the American Baseball Coaches Association.
“That’s the beauty of baseball — you’ll never have it figured out! There are things involved in the game that you can’t control! You can’t control luck, momentum, the intangibles, environment and you can’t control expectations . . . now that’s a pretty strong team.”
Garrido also stood up for his players, even when they weren’t playing well.
“These kids aren’t machines,” he once said. “They have feelings, they have emotions. This isn’t a game played by robots.”
He also penned a motivational book, “Life Is Yours to Win: Lessons Forged from the Purpose, Passion, and Magic of Baseball.” His friend, the actor Kevin Costner, wrote the introduction to it.

Garrido came from humble roots and had to work hard to get to Fresno State.
“Everybody would like to be born as the king of a small country. … It sure as hell didn’t work for me,” Garrido told ESPN in 2015. “I tell all my teams that I had to settle for coming out of the housing projects, but it was up to me to reinvent myself.”
Noted the Los Angeles Times in its story today about Garrido: “In the summers of his college years, Garrido took the bus from Vallejo to San Francisco to play ball by day and wait tables at night. At Fresno State, where he represented the school as an outfielder in the 1959 College World Series, he lived in a shack intended for migrant farm workers.”
Garrido was enshrined in the Fresno Athletic Hall of Fame in 1996.

Bredefeld Floats Money Back Guarantee. Will it Sink or Swim?