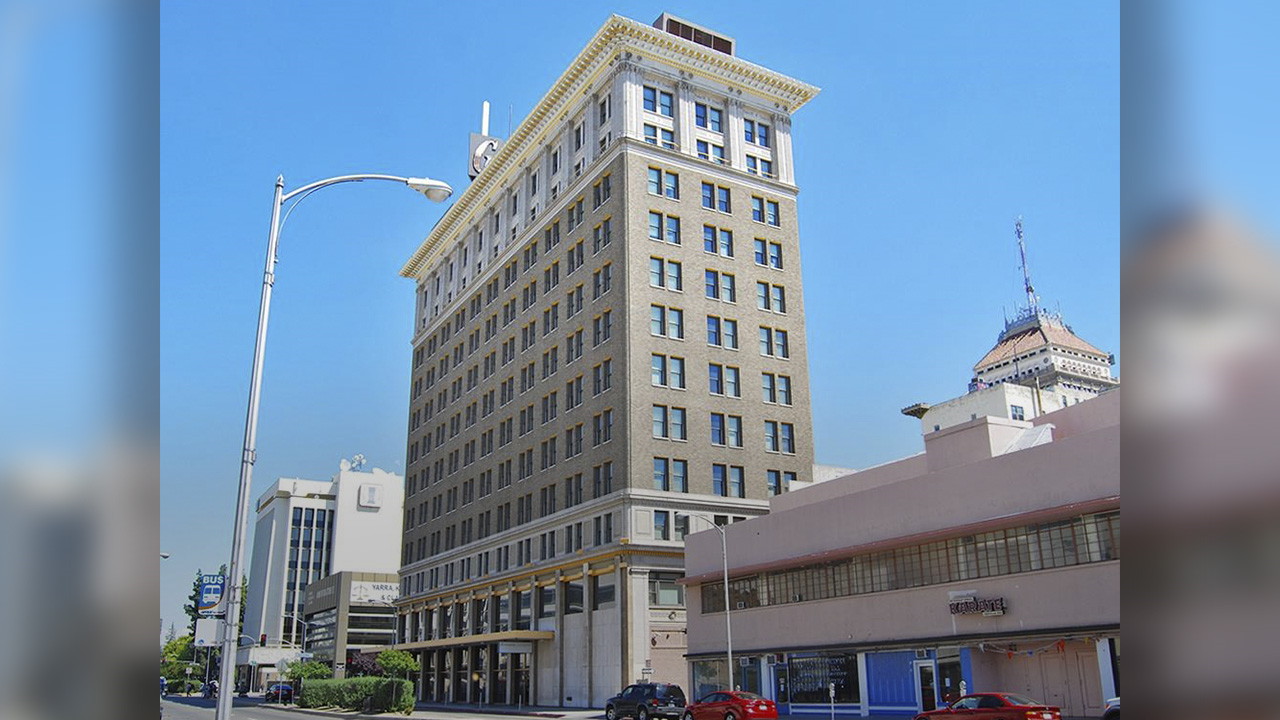 [Update 3/07/18]:
Finally, State Center Community College District comes back to downtown Fresno.
By a 7-0 vote in closed session, the Board of Trustees approved purchasing the Guarantee Building for $10.6 million. The seller is GBB Holdings/Arcus Private Capital. Measure C funds will be used for the purchase.
The 80,100 square foot, 12-story building was built in 1936. It is listed on the Local Register of Historic Places. State Center plans to move its headquarters into the downtown Fresno building from its current locations on the campuses of Fresno City College and Clovis Community College (Herndon campus).
[Note: the 1936 date is based on real estate records GV Wire used. Some historians say the building was erected in the 1920s.]
District officials say this will free up on-campus space for more classrooms buildings and parking.
The deal also includes a four-story downtown parking garage around the corner.
The board also aprpoved a purchase of 30 acres of land in Oakhurst for a campus in that area. That price: $1.8 million.
One aspect yet to be discussed: if a government agency owns a building, what are the tax revenue implications? According to assessment records, the building paid $103,952.86 in property taxes.
[Original story, 3/06/18]:
State Center Community College District wants to buy the historic Guarantee Building in downtown Fresno.

The board meets in closed session Tuesday (March 6) to discuss purchasing the building and moving its district staff as well as some classrooms to the 1177 Fulton Street location. The seller is GBB Holdings/Arcus Private Capital.
Insiders tell GV Wire the purchase price is between $10-14 million, which will come from bond funds. It includes a four-story parking structure around the corner.
“The purchase is fiscally prudent and ensures the public owns this great historical asset outright instead of paying decades of leasing payments for an option to purchase later,” said trustee Miguel Arias before the meeting.
“The relocation of all our district staff to the heart of Fresno’s downtown is the right thing for our 45,000 community college students and our city. Great cities have great education at their heart. State Center now joins Fresno Unified and Fresno State in that endeavor,” Arias said.
Originally known as the Mattei Building when completed in 1921, it was later purchased by Guarantee Savings. The 12 story structure is listed on the Local Register of Historic Resources.

The Fresno Unified school board will vote to hire financial contractor Roland Fortson on a temporary basis. The contract calls for 46 days of work at $55,200 ($1,200 a day).
The district’s finance department finds itself shorthanded with one staff member on medical leave.
The district has used Fortson, a retired school chief financial officer, in the past to help with audits. Fresno Unified most recently hired him in 2015 at a rate of $1,150 a day. The vote then was 6-1, with Brooke Ashjian voting against. 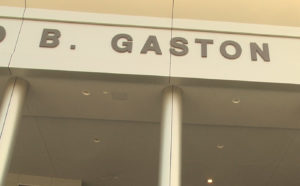 Gaston Middle School opened in the fall of 2014. Less than four years later, it is at capacity.
Trustees will vote to hire contractor Davis Moreno Construction to build concrete pads for portable buildings. The price: $683,000.
School designers intended to use portables as part of Gaston’s master plan. Four portable buildings will be moved from Wishon Elementary.
Enrollment is now at 885 students. The portables will allow an extra 100 students to attend.

Fresno Chamber Official to Oversight Board

Mayor Lee Brand appointed Nathan Alonzo, the government affairs manager for the Fresno Chamber to the city’s Capital Project Oversight Board. The city council will vote to confirm on Thursday (March 8).
Prior to joining the Chamber, Alonzo worked in the office of state Senator Andy Vidak.
The board’s stated purpose is “to provide policies and practices to improve City construction planning and management of both General Fund and Enterprise Capital Projects with more focus on projects exceeding $10 million.”
The nine-member board is operating shorthanded. If approved, Alonzo will bring the membership to eight.  The terms of members Tyler Mackey, Brad Hyatt and Walt Plachta expired at the end of 2017.
Brian Whelen, attorney and city council candidate, joined the board last month.
Each council member appoints one board member, with the mayor appointing two. The remaining open seat is also a mayoral appointment.
Alonzo’s term would run through Aug. 1, 2019.

60 Years Later, a High School Diploma for Fresno's King of the Road