Nunes Bristles at Probing Questions from ABC30 & The Bee 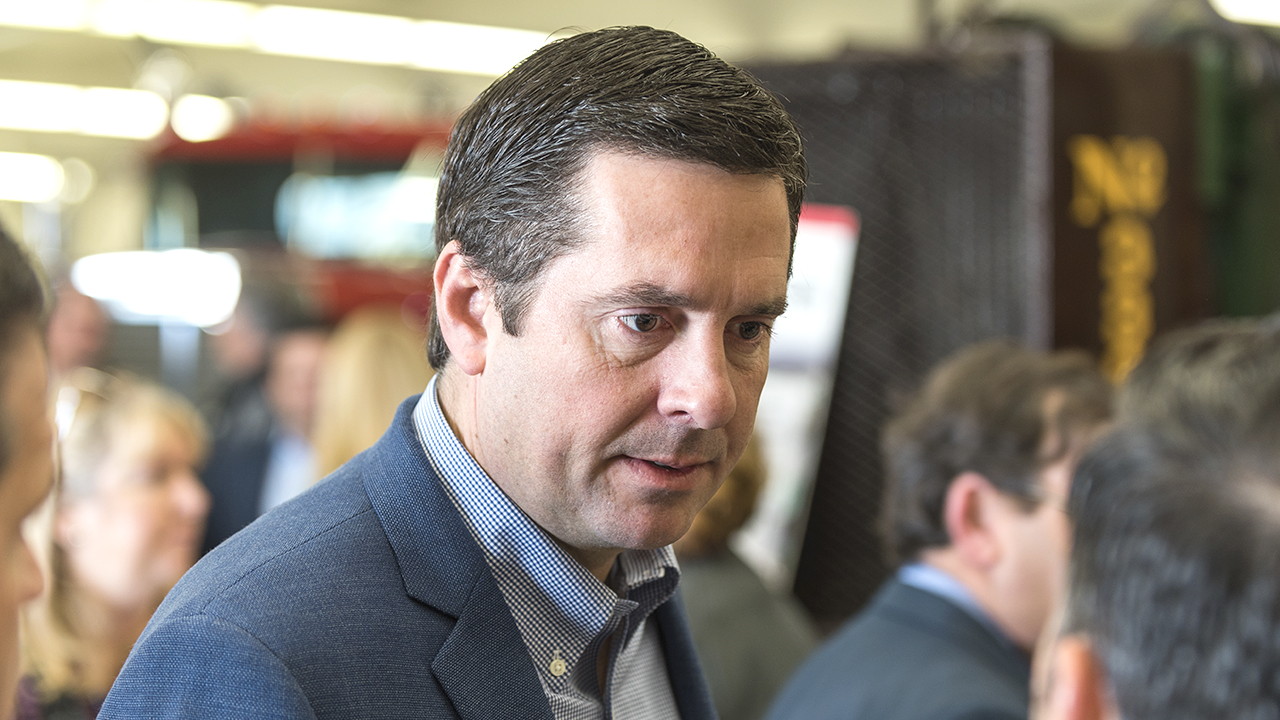 Congressman Devin Nunes (R-Tulare) granted interviews to a variety of local news outlets this week. He challenged the objectivity of two reporters when responding to their questions.
On Wednesday, respected ABC 30 reporter Gene Haagenson caught up with Nunes at a fundraiser. Their exchange from Haagenson’s story:

HAAGENSON: “You have been accused of being a lackey for the president, not paying attention to your constituents, just trying to protect the President. What is your fascination with Donald Trump? Why does he need your protection?”

NUNES: “Wow, do you have any more questions? You are an award-winning news guy. You are just regurgitating everything the left tells you to regurgitate.”
The Fresno Bee published a Q&A with Nunes that concluded with a testy remark. The congressman was responding to a question about whether he would be holding public forums in the district during the election cycle. Nunes has been criticized by opponents for not meeting with constituents in an open setting.  From Rory Appleton’s story:
“Your paper is a joke to even bring these issues up or raise these issues. You know – it’s actually sad. I actually feel bad for the people who work at The Bee, because sadly it’s become just a left-wing rag. And it’s unfortunate that we’re in this situation, but when your – when the paper becomes just part of regurgitating Democratic talking points, it’s no longer a news outlet that’s actually being fair or objective. It’s not objective journalism.

“Wow, do you have any more questions? You are an award-winning news guy. You are just regurgitating everything the left tells you to regurgitate.” — Rep. Devin Nunes to ABC30’s Gene Haagenson
“Just the fact that those would be issues are silly – because The Bee especially should know this – that for many many years I’ve held a lot of educational forums over the years. Big forums, small forums. And we continue to do that. And we will continue to do it.”

Fresno Mayor Lee Brand filed paperwork with the city clerk for his intention to seek re-election. He is getting a head start: the primary isn’t until March 3, 2020.

The Fresno County Clerk’s office said a petition to oust two Central Unified trustees failed on technical grounds.
On Feb. 13, members of a grass-roots parents group served Phillip Cervantes and Richard Solis a recall notice. Parents say they are upset over a lack of transparency and expediency in extending the contract of Superintendent Mark Sutton.
The clerk’s office says the signatures on the petition did not include the proper addresses that need to go with it. The petitioners would have to try again.
On a related note, the district’s agenda for its Tuesday (Feb. 27) board meeting includes a closed-session discussion of Sutton’s contract. The public will have an opportunity to comment before the board goes behind closed doors.

While Republican turnout could represent 35% of the June California primary voters, the future of the GOP is dismal, according to one political expert. 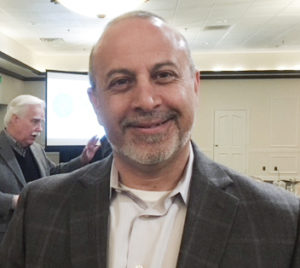 Consultant Mike Madrid addressed the Fresno Chamber of Commerce Egg & Issues event on Friday morning (Feb. 23). He says the long-term prognosis for Republican registration in the Golden State is not good.
“The state is moving in a different direction,” he told the audience. He also noted that in 2018, Latino registration will be greater than Republican registration (although he admits there is an intersection of Latino Republicans).
Madrid presented along with consultant Julie Griffiths. She said the increased voter registration in the “decline to state” category is great for consultants. She also says Fresno is a good place to test the DTS model.
Fresno is still one of the last places for competitive races, Madrid said. The relatively affordable media market helps.

The Madera Tribune reports citizens are starting a recall effort against Mayor Andy Medellin.
“Large salaries for city department heads, among the highest in the Central Valley, and the doubling of water rates were just some examples of what has happened,” the Tribune cites as reasons why citizens are unhappy.

The Fresno Unified school board approved naming the theater at Roosevelt High in honor of one of its most talented alumna, Audra McDonald. No date has been set for the dedication ceremony.
Also, the board approved renting out the air-conditioned Save Mart Center for graduation ceremonies at a price of $118,500. The move spares students, family and friends from the brutal June heat.

McDonald recently tweeted her support for Andrew Janz, in his challenge to Congressman Devin Nunes in the district covering parts of Fresno, all the way down to Tulare.

Done and done! Pitch in what you can Fresno!! These children are our future and the give me hope! https://t.co/qhK4Me35MW

The fallout from the mercury fallout at two Clovis Unified schools last month won’t cost the district money, at least not in terms of lost attendance.
The school board voted 5-0 Wednesday (Feb. 21) to request a special allowance because of the emergency conditions. Without it, the district could lose out on $218,700.
Clovis East High School and Reyburn Intermediate School were shut down on Jan. 12 for fears of mercury exposure after a student brought the element on school grounds.

Citing increased minimum wage and sick pay laws, the Clovis Unified school board voted 5-0 to increase fees for its after school program known as Campus Club.
Among the increases: a quarter per hour over the next two years, as well as the full-day rate from $30 to $32.

Clovis Unified is the place to be. Another elementary school is in the beginning stages, east of Locan Avenue and north of Shields in county land (Locan & Shields is the eastern border between the city and county of Fresno).
Two elementary schools opened in recent years that are less than two miles away: Oraze Elementary at Armstrong & Dakota and Boris Elementary at Temperance & Clinton.