Is the American economy set for a boom?
Recent reports show a rise in the sentiment of consumers and small business, two groups that serve as key economic drivers.

The University of Michigan’s consumer confidence survey index rose to 99.9 in February, the second-highest level since 2004.
After a short lull in December confidence, the last two months have seen strong improvement in consumer opinions. Expectations for future growth proved strong as well.
Results for questions about income growth, employment levels and government policies, like the newly-implemented Tax Cuts and Jobs Act, showed a very positive outlook among respondents.
Despite recent volatility in the stock market, only 6% of respondents reported negative feelings due to stocks, according to the survey’s lead economist, Richard Curtin.
Among those more likely to identify stock market activity as concerning, particularly those in the top third of the income distribution, the overall sentiment continued to rise to its highest point since 2007.

Confidence indexes among small businesses have also seen continued improvement in February.
The CNBC/SurveyMonkey Small Business Survey showed significant growth from the fourth quarter of 2017 to the first quarter of 2018 – a jump from 57 to 62.

Will Business Excitement Translate To Growth?

Since these figures only represent the perception of consumers and business-owners — rather than hard data showing economic growth — the real question remains: Will all this optimism turn into economic activity?
While large companies will likely see a sizable benefit from the new tax law, economists are less sold on the advantage provided to smaller businesses.
In the small business segment, many factors of growth have remained strong during the recovery from the recession. Both capital spending and hiring showed consistent rebounds after the initial setback.
Based on the data available, it appears that optimism was artificially deflated in prior years, and the more recent periods have shown gains in optimism that outweigh the economic returns.
Therefore, this growth in optimism does not necessarily signal a period of record growth on the horizon. In fact, hurdles remain for small business.
Though wages have failed to improve significantly on a broader scale, the small business segment has seen fairly consistent growth, yet, combined with the cost of healthcare, many businesses still report struggles in providing salary and benefit packages competitive with larger companies.
By that metric, it seems possible that the tax reform law could impact smaller businesses in a negative manner by widening an existing gap in hiring advantages for large corporations.
In all, though effects of the tax law are still murky, it seems clear that these record results in small business optimism will not necessarily create a corresponding boom in economic growth in that sector.

What about Consumer-Driven Growth?

On the consumer side of the equation, the improved levels of confidence also fail to guarantee significant increases in consumer activity.
Despite expectations of greater spending power, the reality has not yet panned out. 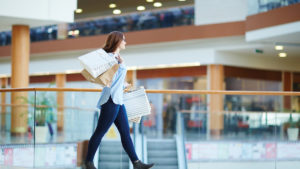 A rise in wages will trigger economic growth.

The employment situation has been positive thus far, but most observers believe the economy is reaching full employment, after which lowering the unemployment rate further will prove more and more difficult.
At full employment, the only growth in consumer spending will come from a rise in wages.
According to the Bureau of Labor Statistics, real average hourly earnings (the rate of growth for wages minus the rate of growth for inflation) increased only .8% in the year from January 2017 to January 2018.
While growing relative to inflation, this level of wage growth is meager and hardly enough to fuel the type of overall growth this optimism implies.
Therefore, it can be seen that, without some sort of infusion of wage growth, consumer activity will not explode.
Though the results remain to be seen, early estimates indicate the tax bill will not directly provide the influx necessary to sustain consumer-driven growth.
Since an overwhelming number of economic analyses point to larger corporations as the primary benefactors of the new tax law, the onus of responsibility falls to them to fuel economic growth goals through expanded hiring and higher wages.
If they follow through on the intentions of the Republican lawmakers who crafted this bill, the optimism in these survey could be warranted.
However, if the new savings fail to “trickle down” to the average consumer, it is unlikely that the growth implied in these indices will be achieved.
Related Topics:Bureau of Labor StatisticsCNBC/SurveyMonkey Small Business Surveyconsumer confidenceconsumer sentimenteconomic growthGDP growthNational Federation of Independent Businesssmall business confidencesmall business sentimenttax reformUniversity of Michigan Consumer Sentimentwage growth
Up Next