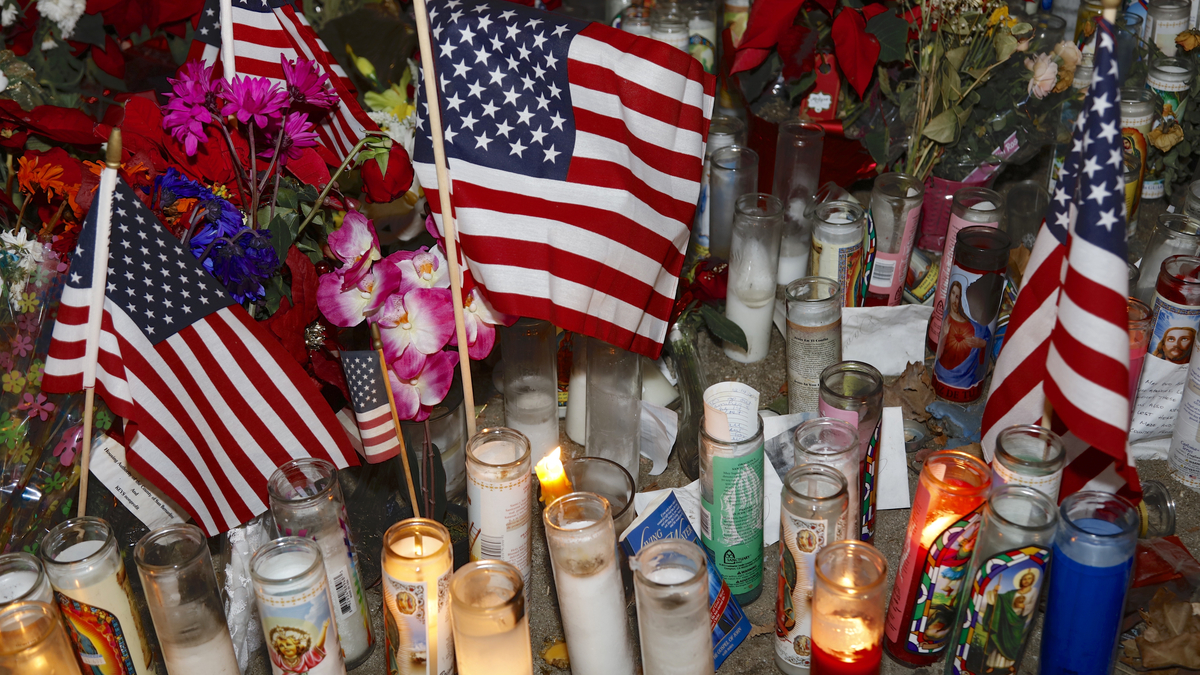 Let’s consider the possibility that both sides — though they are a thousand miles apart — make cogent points in America’s torrid debate about gun violence and mass shootings.

The “thoughts and prayers” utterances by Second Amendment espousing politicians neither address the problem nor provide even an ounce of consolation to grieving families devasted by horrific events such as the Parkland, Florida, and Las Vegas mass shootings.
But the National Rifle Association and its supporters are correct to point out that responsible gun owners are not making the United States a deadly place to shop, enjoy a night out or attend school.
Thus the challenge for Congress and President Trump, as well as governors and state legislatures, is easily identified: How can we significantly reduce the risk of semi-automatic rifles and other rapid-fire weapons falling into the hands of people intent on mass murder?

More Guns Than People in U.S.

I concede that this is a tall order. The Washington Post, using federal data, estimated in October 2015 that there were 357 million guns in the United States — meaning that we had 40 million more guns than people.
Clearly, owning a gun — whether for protection, hunting or the enjoyment of target shooting — is deeply ingrained into the American experience. And it’s protected by the U.S. Constitution.
But the magnitude of the challenge should not deter us from trying to make America a safer place. Saying that these mass shootings are the inevitable result of evil people in our midst and there’s nothing we can do about mass shootings aren’t real answers.
Americans don’t shrug their shoulders. They attack problems. They innovate. And if they fail, they keep on trying.
How do we get to a safer America? A good place to start is by checking our emotions at the door. Yes, we grieve for the victims and their families. By all means, we should support them in every possible way. But when it comes time to find solutions, we need facts and clear-headed analysis — not rants and talking points.

We should all also take the time to learn the whole picture. I recommend The Pew Research Center’s 2017 report “America’s Complex Relationship With Guns.” It can’t be read in one sitting. Or even two sittings. Its value is that it documents our divergent views about guns and our equally divergent experiences with them. And it’s written in a straightforward, just-the-facts manner.

I am not an expert on guns. I’ve never owned anything but a bb gun. I’ve never fired a rifle. I’ve fired a shotgun or handgun only at targets.
But I do know what is required to make good public policy and effective laws. That starts with both sides honestly engaging at the start and agreeing on the goal.
This hasn’t happened with the gun discussion in decades. The NRA embraces scorched-earth tactics. Not only has it refused to budge an inch, it has successfully expanded gun rights in recent years — all the while screaming that Barack Obama, Nancy Pelosi or whoever is going to take your guns away. And the NRA has invested many millions of dollars in getting Congress to see things their way.

Armed Guards at Every School?

Meanwhile, some on the other side are intent on banning the AR-15 and similar weapons. Responsible gun-owning Americans who participate in shooting competitions resent what they see as government overreach.
Now, back to the politicians. Another easily identified challenge might be as simple as “How do we make Americans safer?” Some gun rights supporters suggest posting armed security guards or police officers at every school.
My gut reaction is that schools shouldn’t become armed compounds. But I’m not going to reject the idea before exploring it, the big question being who would pay for this extra level of protection?
A better idea, perhaps, is ensuring that only responsible gun owners be allowed to own weapons of potential mass destruction. A good place to start might be making it impossible for an 18-year-old to walk into a Florida gun store and buy an AR-15 style rifle almost as easily as you pick up a pack of gum.
Is it too much to ask that AR 15-style gun purchasers go through an extensive background check and be 21 years old?