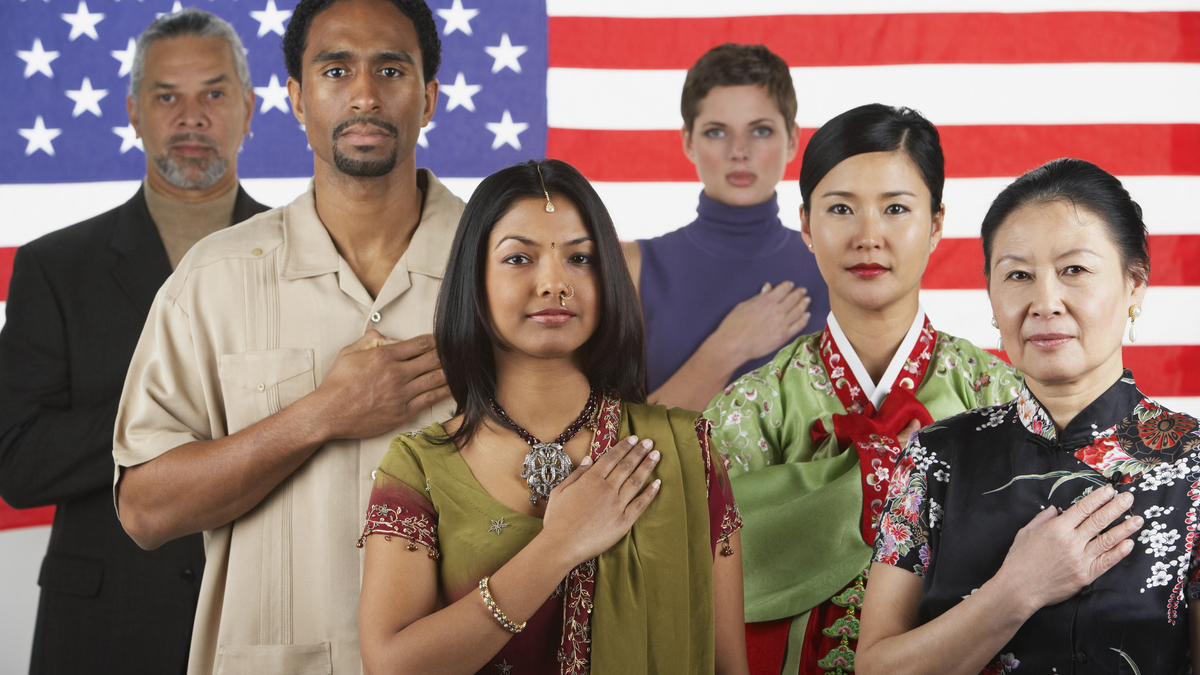 President Donald Trump has embraced the rhetoric of “chain migration” to spread the message that the United States is legally letting in too many of the wrong kind of immigrant.
That term, however, distorts the facts.
As a scholar on U.S. immigration law and policy, I’d like to correct and contextualize the numbers on the now maligned “family-based immigration,” and uncover the biases that underlie the preference for the “highly-skilled” immigrant. Family immigration is subject to significant limitations and it exists because American values include ideals such as family unification.

Myth No. 1: Family Immigration Is Unlimited

Myth No. 2: Family Immigration Is Overwhelming

The White House website features a chart on chain migration that presents a series of data points intended to suggest that legal immigrants are overwhelming the nation. For example, the chart states, “Every year the U.S. resettles a population larger than the size of Washington D.C.” While factually correct, this data point distorts reality by ignoring context.

It’s true that in absolute numbers, immigration to the United States is greater than any other country. However, it is small when considering the overall size of the U.S. population. In fact, according to the libertarian CATO Institute, as a percentage of its population, U.S. immigration flows rank relatively low as compared to other major industrialized nations such as Canada and Australia.

The Trump administration has expressed a preference for highly skilled immigrants. The assumption is that immigration systems that value other factors – such as family unification, diversity or humanitarian goals – allows “low-skilled” immigrants into the U.S. They also assume these immigrants cannot or refuse to assimilate, or may even be dangerous. The profiles of permanent immigration to the United States today, however, reveal a much more positive reality.
Nearly 34 million legal permanent residents live in the United States, two-thirds of whom arrived based on family sponsorship. As a whole, demographic data show that lawful permanent residents work in a range of occupations and professions. They show good levels of social integration. Legal permanent residents and immigrants also generally have lower levels of criminality compared to the population of people born in the U.S.
Most studies on the fiscal impact of U.S. immigration conclude that immigrant contributions have been positive to the overall U.S. economy. They have little to no adverse impact on native workers.
There are, however, variations among immigrants across measures such as educational attainment, home ownership and English proficiency. In general, for example, Asian immigrants outperform immigrants from Latin American and even the native born on some of these measures. But there are historical and geographic reasons that explain why immigrants from Mexico and Central America to the United States have tended to be from poorer and more vulnerable communities.
These variations do not mean that some immigrants integrate poorly or fail to contribute to U.S. society. Rather, their contributions are devalued in this new rhetoric of “merit” migration.
This new standard of “merit” – measured in terms of high levels training and education, English-language proficiency and high wages – creates a hardly achievable race to the top. It narrows the definition of who should be considered a “deserving” immigrant. Nearly all U.S. citizens would likely be undeserving of U.S. immigration under these standards.

Other important values are lost that I believe should continue to define our identity as a nation. These values include family unification, compassion toward people who are persecuted and being good neighbors. They also mean valuing the contributions of immigrants who do the difficult work of picking our fruit, cleaning our houses, cutting our lawns and caring for our children and elderly.
Raquel Aldana, Associate Vice Chancellor for Academic Diversity and Professor of Law, University of California, Davis
This article was originally published on The Conversation. Read the original article.