Janz Gets Media Attention, But Nunes Rakes in the Big Donations 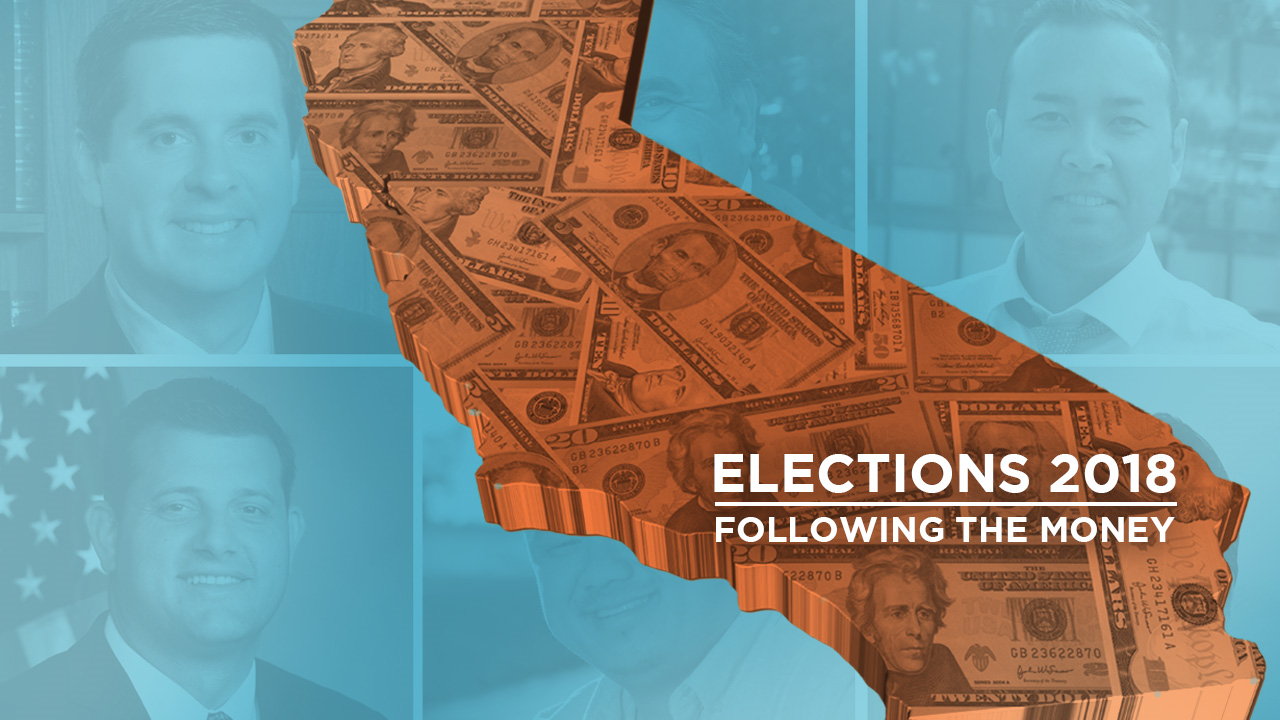 While the rhetorical battle is heating up in the race for California’s 22nd Congressional District, represented by Devin Nunes (R-Tulare), the campaign finance picture appears to tell a different story.
Campaign fundraising is not the most important metric for measuring a campaign’s strength, but it is a useful way to gauge support and identify those who will have the funds necessary to get their message out as election season draws closer.
In CA-22,  Nunes unsurprisingly reported the strongest fundraising totals: $279,615 in the fourth quarter of 2017. That figure brings him to over $3.8 million in cash on hand, the most for any congressional candidate in California. With a war chest of this size in an already-favorable district, defeating Nunes will be quite a challenge.

Nunes has over $3.8 million in cash on hand, the most for any congressional candidate in California.
Nunes essentially ralied on large donations alone– none was less than $150 and most were $1,000 or more. In addition to contributions from a number of top local donors, a significant portion of Nunes’ funding came from industry interest groups and PACs.

Nunes’ Democratic challengers did not fare quite as well.
Fresno County Prosecutor Andrew Janz saw the best returns among them, raising $132,687 over the period, bringing his total cash on hand to $84,647 after spending $88,290.
Janz’ contributions are interesting in the sense that a large majority of his contributions came via small donations (less than $100). In addition, many of those donations came via out-of-state donors. These contributors are likely paying close attention to Nunes’ national profile, the controversial “Nunes Memo” and are seeking to support his defeat.
In addition to that sum, Janz reported raising $65,000 over the past seven days in a press release sent this week. These contributions were not included in the year-end report.
Bobby Bliatout, a healthcare executive, reported raising $68,897 in the fourth quarter. He spent $55,113 and ended the year with $59,979 on hand.
Of that amount, most of it – $71,532 for the year as a whole and $43,916 in the fourth quarter of 2017 – came from Bliatout himself, either through direct donations or, more commonly, in-kind contributions for campaign expenses.
The last candidate, Ricardo “Rico” Franco, reported $9,659 raised in the quarter, but also reported spending $12,910 in the period. In total, he had $1,133 on hand but owes $7,977 in debts.
Of the $9,659 Franco raised this quarter, $3,400 was donated by his parents, with the next largest donation coming via the Winton-based small labor PAC, the Western Alliance of Farmworker Advocates.

In the 21st District, represented by David Valadao (R- Hanford), similar distinctions between the incumbent and challenger emerged.
Valadao reported a fourth-quarter haul of $202,180 raised, spent $124,146, and ended the year with $981,189 on hand.
Apart from the standard contributions from industry PACs that come to almost any sitting legislator, most of Valadao’s donations came from local farmers, ranchers and dairymen.
In contrast, Emilio Huerta, who ran unsuccessfully against Valadao in 2016, reported a total of $24,599 raised in the period but also spent $40,007. He ended the year with $96,553 cash on hand.
Most of his donations, as in 2016, came from residents of the Bay Area and Los Angeles County.

Progressives Were First To Shout Fake News — 100 Years Ago