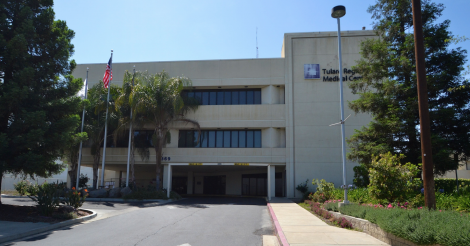 While not a step toward reopening the Tulare hospital, the Tulare Healthcare District scored a victory today in the California Joint Legislative Audit Committee hearing.
The joint committee voted unanimously to approve an investigation by the state auditor’s office into the use of bond funds approved by Tulare District voters in 2005.
The $85 million bond was to “be used to pay costs related to the construction and equipping of the expansion and renovation of the District’s Hospital,” and passed with support of 83% of voters. Quickly, that rather vague purpose was informally revised by hospital leaders to entail the construction of a completely new, 120,000-square-foot hospital facility.
In the process of that construction though, numerous instances of alleged mismanagement occurred.

According to the Tulare County Grand Jury report disseminated in March 2016 and titled “Tower of Shame,” around 700 change orders were ordered by managers in the construction process. The orders amounted to approximately $17.5 million in additional expenses and contributed to the bond funds running dry before the project’s completion.
The report also found that those proposing the tower project knew the estimated cost was above the amount secured by the bond – around $120 million in total – but identified other sources of funding to pay the remaining $35 million. However, those funding plans were not carried out.
Lastly, the report pointed out that the District’s board of directors “withheld financial information to which taxpayers were entitled.”

These details brought the current board, which underwent a full 5-member change in the past 14 months, to request a state audit from the office of Sen. Jean Fuller (R-Bakersfield).
The audit will determine how the bond funds were used through an examination of financial records from the Tulare Healthcare District, Tulare Regional Medical Center, and Healthcare Conglomerate Associates, the group which managed the hospital since 2013 but was removed amid controversy last November.
According to the request from Sen. Fuller’s office, the audit will seek to do the following:

Sen. Fuller, Assemblyman Devon Mathis and Tulare District Board Chair Kevin Northcraft all made statements following the vote.
The unanimous approval of our state audit request affirms the state’s interest in the people’s right to know how their money is spent, “ said  Northcraft. “The community of Tulare owes a great thank you to our State Senator Jean Fuller who made the request and championed it to its approval today.”
Mathis released the following statement:
“I am grateful to the Committee to have adopted this crucial audit request. I pledge my support and commitment to this effort, and look forward to helping open the doors to the Tulare Regional Medical Center once again.”
Fuller was optimistic about the scope of the audit in helping reopen the temporarily-shuttered facility and said, “It is my hope that this audit and its findings will lead to the reopening of the Tulare Regional Medical Center and improve access to quality health care for the residents of Tulare and the surrounding region.”
According to the State Auditor’s office, the priority of the audit will be decided over the coming weeks and months and, once determined, will likely take about 6 to 7 months to complete.