The 5 Big Questions About Solar After Trump's Tariffs 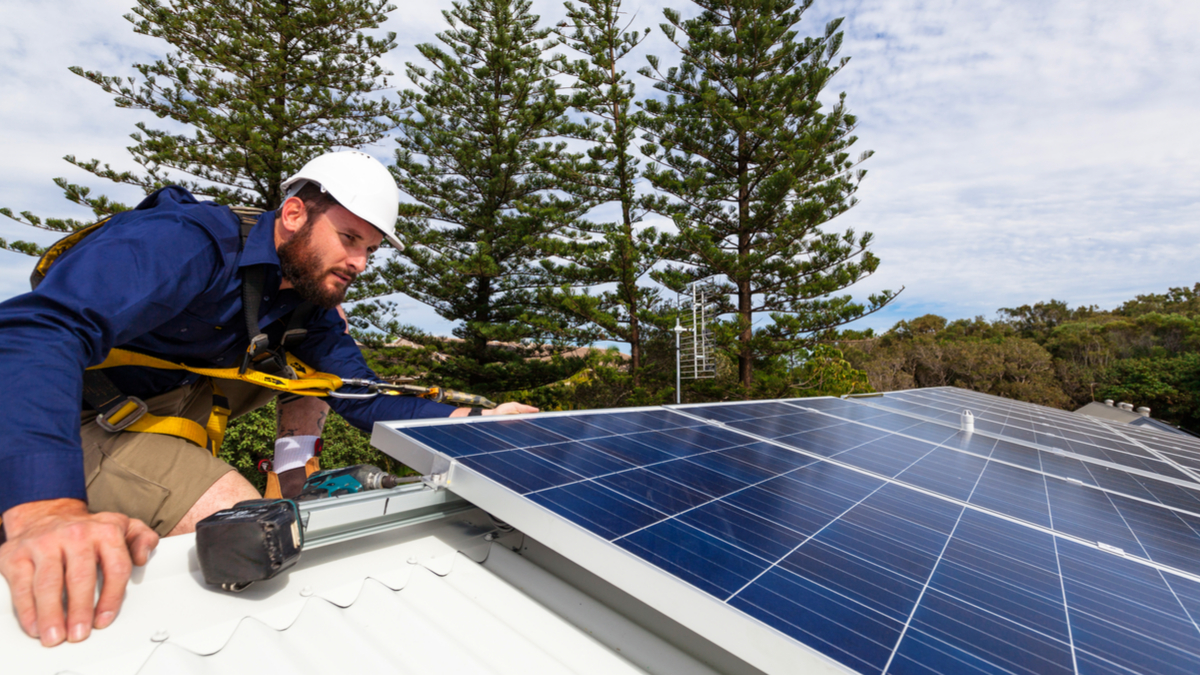 Opinion by
Joshua D. Rhodes, University of Texas at Austin

Editor’s note: On Jan. 22, 2018, the Trump administration announced plans to impose punitive duties on solar panels imported from abroad. This decision came in response to a complaint filed by two solar companies, but much of the industry opposes the action, which trade groups say will increase the cost of solar projects and depress demand. To illustrate what’s at stake, energy scholar Joshua Rhodes provides some context on the U.S. solar industry and its opportunities and challenges.
How big is the U.S. solar industry, and what is its growth trajectory?
The U.S. solar industry generated US$154 billion in economic activity in 2016, including direct sales, wages, salaries, benefits, taxes and fees. Its revenues have grown from $42 million in 2007 to $210 million in 2017.
About 25 percent of total new power plant capacity installed in 2017 came from solar. Total installed U.S. solar capacity is over 50 gigawatts – the equivalent generating capacity of 50 commercial nuclear reactors.

Solar is projected to continue to grow for the foreseeable future. However, recent events such as the solar trade tariff and tax code changes could dampen that trend. According to one estimate, the tariff alone will reduce solar installations by 11 percent from 2018 through 2022.
The industry directly or indirectly employs about 370,000 people in the United States, of which 260,000 are full- or part-time. Solar photovoltaic installers make up about half of this workforce. In fact, solar PV installer is currently the fastest-growing job in the nation, with a median annual salary of nearly $40,000.
For comparison, the coal industry only supports about 160,000 jobs. Electric power generation from solar and wind energy combined contributes about three times as many jobs as electricity production from fossil fuels.

Why are most of the solar panels that are installed in the United States manufactured overseas? Is this pattern likely to change?
About 80 percent of solar panels installed in the United States last year were built overseas. While the industry was invented here, China has poured up to $47 billion into tax breaks and incentives in order to develop what it views as a strategic capability. Along with an abundant supply of cheap skilled labor, these investments reduced the price of solar panels by 80 percent between 2008 and 2013.
Some foreign solar panel manufacturers are negotiating to open factories in the United States, much as foreign car manufacturers did during the Reagan administration. However, any new manufacturing is likely to be highly automated, so it might not generate major numbers of new jobs.
Which sectors and states produce the most solar power today?
About 60 percent of total U.S. solar generating capacity is in a relatively small number of very big projects owned by power companies. The rest is what’s known as distributed capacity, meaning small-scale projects that generate energy at many sites. It includes rooftop solar power on homes, community solar projects and commercial installations, such as solar panels on the roofs of big-box stores like Walmart.
California has nearly half of all U.S. solar electricity generating capacity, followed by Arizona, New Jersey and North Carolina. Alaska, North Dakota and South Dakota are the only states with less than one megawatt of small-scale solar photovoltaic capacity.

How affordable is solar power for customers who aren’t affluent?
Affordability can be a barrier to going solar, but there are ways to reduce it. For example, some utility customers can subscribe to community solar programs – projects that serve multiple customers in a single area – and even reduce their rates by doing so. Community solar projects do not usually require customers to own their homes, so renters can take part.

There are also peer-to-peer networks that allow homeowners with solar to donate their excess energy to those in need. Instead of receiving credit from their utility for generating more electricity than they use in a given month, these households authorize the utility to apply that credit to a needy household’s bill.
It is also important to note that utility-scale solar power can lower the cost of electricity for all of that utility’s customers. In Texas, where I live, adding wind and, soon, solar generation has kept wholesale electricity prices low as the price of renewable electricity has fallen. Keeping these prices low makes it harder for power companies to justify raising electricity rates, which directly helps lower-income customers.
What are the biggest challenges that U.S. solar companies face today?
There are signs that the residential solar market is slowing down. Some companies are shifting their focus from deploying as much capacity as possible to trying to maximize revenue by scaling back expansion, so that they can focus on a few states that offer the best returns on investment.
In some major markets, such as California, bringing large amounts of solar generation online is depressing wholesale electricity market prices, which erodes the value of the electricity that these systems produce. This makes projects gradually less economic to install.
The Trump administration’s solar tariff will be more challenging for utility-scale solar projects than for residential, because the modules account for a larger share of the total cost of large projects. A 30-percent tariff will likely increase the costs of solar installations by about 11 cents per watt, or roughly 10 percent, which could reduce the amount of solar installed over the next 4 years by five to eight gigawatts of capacity, mostly at the utility scale.

In my view, the biggest challenge for U.S. solar companies – particularly installers – is uncertainty. Congress recently tried unsuccessfully to cancel tax credits for installing new solar capacity, and the tax cut bill that was enacted in December includes some changes that may affect credits for investing in solar. Companies need certainty to create value and jobs – and for solar and other renewable energy sources, certainty is in short supply at the moment.
Joshua D. Rhodes, Research Fellow of Energy, University of Texas at Austin
This article was originally published on The Conversation. Read the original article.