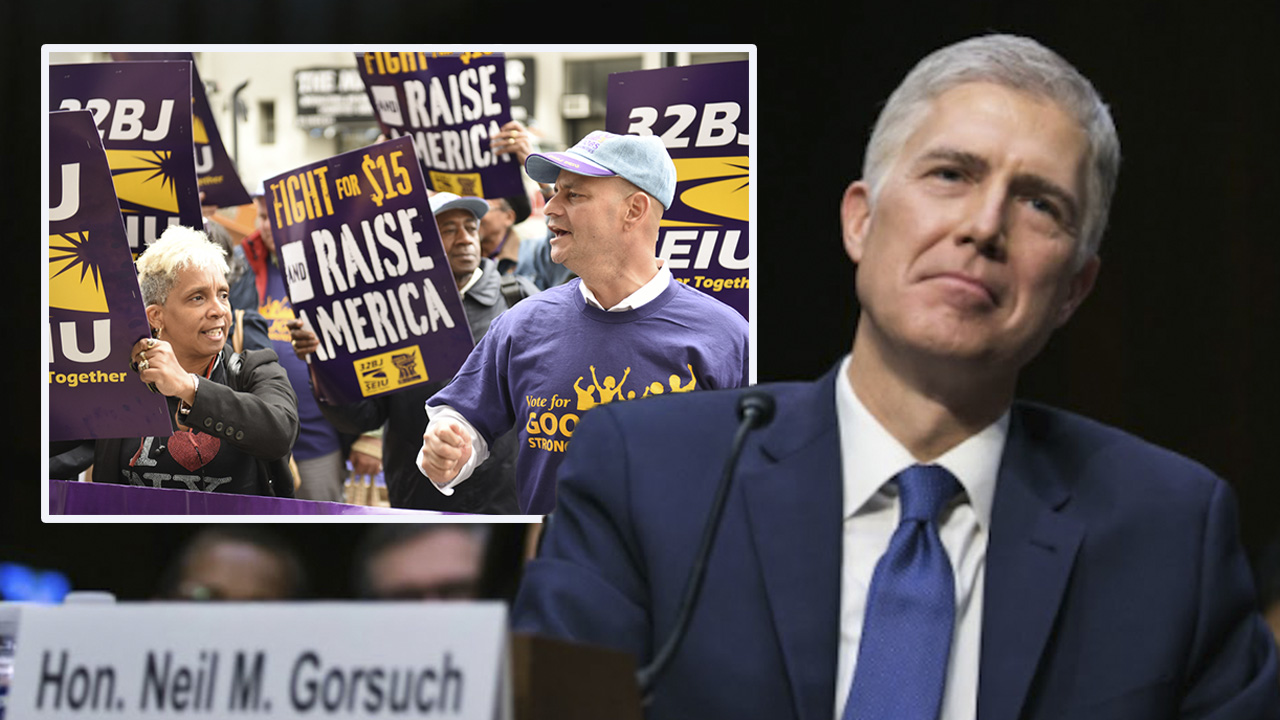 In his Jan. 24 CALmatters column, Dan Walters discusses some of the details of a potential landmark case set to be heard by the U.S. Supreme Court this year.
Janus v. the American Federation of State, County and Municipal Employees (AFSCME) is a challenge to Abood v. Detroit Board of Education (1977), in which the court found that “agency shop” clauses – which allow a mixed union/non-union workforce, but then requires non-union employees to pay dues as well – are constitutional.
Though First and Fourteenth Amendment arguments were raised, the court ruled that public employees are not required to make or not make contributions and, further, that they have adequate capacity to employ their First Amendment rights in the public forum.
As Walters points out, the Abood decision was also challenged, and expected to be overturned, in a case two years ago (Friedrichs v. California), but the decision was moot after the unexpected death of Justice Antonin Scalia.

Janus, with Justice Neil Gorsuch now on the bench, seems to be set to overturn the Abood ruling and, as a result, completely change the landscape for public employee unions and their power as political contributors.
These political implications, rather than the legal minutiae, are what interest Walters.
By his evaluation, a decision to overturn Abood would “deprive California’s Democratic Party of the political funds it has used to acquire and maintain its dominance in the state.”
This, Walters writes, is precisely why California Attorney General Xavier Becerra filed an amicus curiae brief defending the position of AFSCME.
Overall, Becerra’s brief will probably be ineffectual and the decision will very likely go in favor of Janus, thus damaging the public unions and, indirectly, Democratic candidates. Though it probably will not make many California races competitive, it will at least make Democrats work a bit harder for their funding.
To read Walters’ full assessment of the implications of Janus, click here: SUPREME COURT CASE THREATENS UNION POLITICAL POWER

Here's the Text of Gov. Brown's Final State of the State Speech