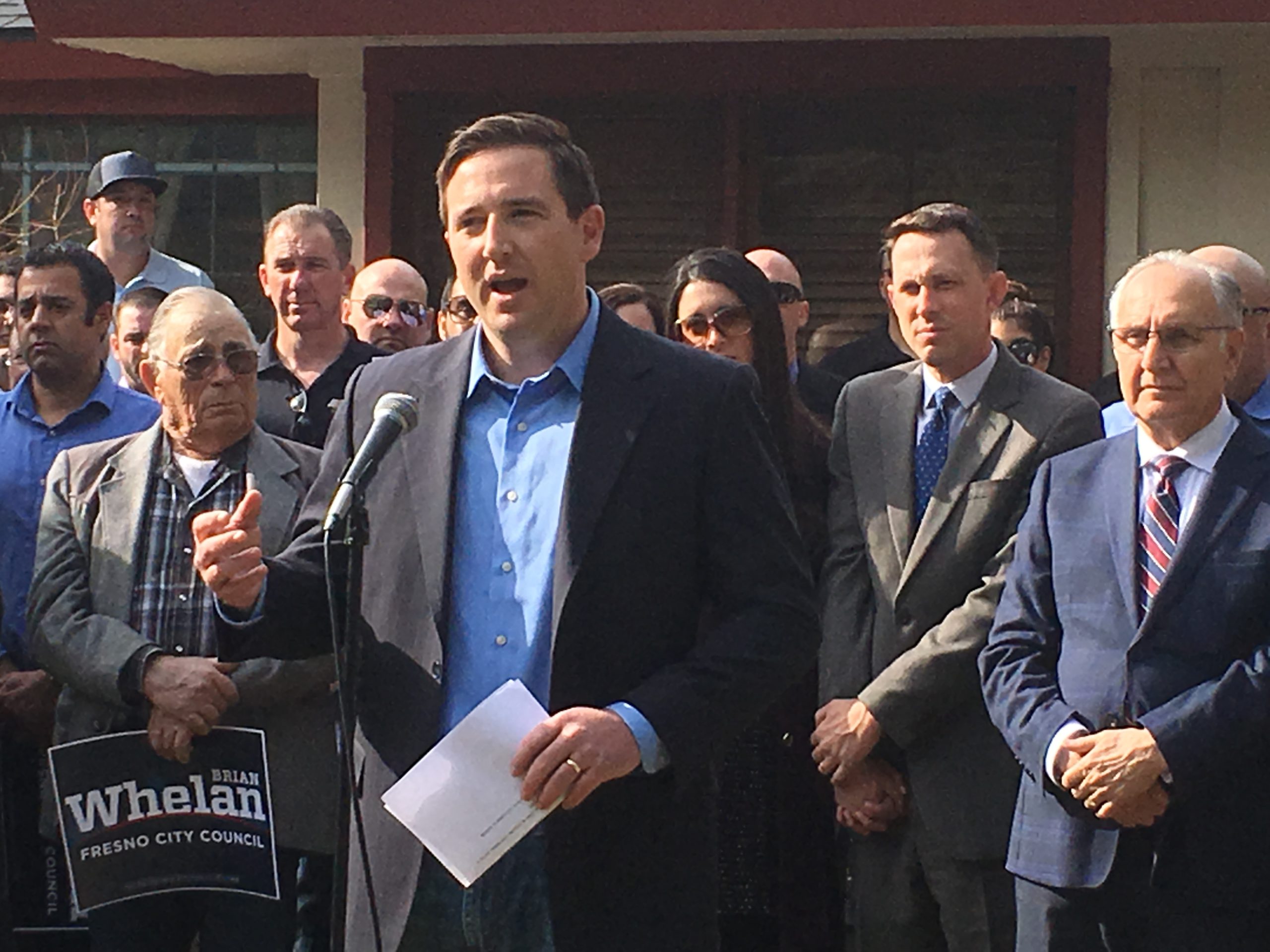 Flanked by Fresno’s mayor and the man he hopes to replace, attorney Brian Whelan announced his run for city council Thursday. Making his remarks on his front lawn, just a block south of Christmas Tree Lane, Whelan said he wants to create more Neighborhood Watch programs to combat crime.
“I’m running to lift up the neighborhoods and neighbors and our families here in District 7,” Whelan said. “Crime has been something common to everyone in our district. It is something a lot of us have experienced here.”
Whelan also said that he supports Mayor Lee Brand’s commitment to putting 1,000 police officers on the streets.

Speaking in support of Whelan, Mayor Lee Brand and Councilman Clint Olivier offered their full-throated support.
“I’m proud to be here to lend my support and enthusiastic endorsement,” Brand said to cheers. “He’s the perfect kind of candidate I need as an ally on the council to move my agenda forward to make Fresno a much better city.”
At Whelan’s well-crafted launch event, dozens of supporters stood behind the candidate. The supporters appeared to represent a broad spectrum of demographics. Fresno County Republican chairman Fred Vanderhoof attended the event, as well as former state party official and one-time District 7 candidate Marcelino Valdez Jr.

Whelan hopes to follow Olivier’s footsteps as a Republican winning an ethnically diverse district that seemingly would favor Democratic candidates. Like Olivier, Whelan speaks Spanish and, in fact, the candidate delivered part of his speech in Spanish on Thursday.
The Democratic father-son Pereas, Henry R. and Henry T., represented the district since its inception in 1997 to 2011.
Olivier won his seat in the 2010 primary with 62% of the vote and again in the 2014 primary with 54%, avoiding a runoff both times.
Brand did not fare so well in District 7 in the 2016 general election for mayor. The voters there cast their ballot for Brand’s opponent Henry R. Perea, 59%-41%. Brand lost all 24 precincts.
Similarly, Hillary Clinton received overwhelming support from the District 7 voters, 75%-25% over Donald Trump.

This is Whelan’s second go-around running for public office in the last few years. He lost to Jim Costa for Congress in the 2012 general election.
Other known candidates are Fresno County Board of Education Trustee Nelson Esparza and healthcare advocate Veva Islas.
The primary is June 5. If a candidate wins a majority of votes, they win the race outright. If not, the top two meet in a November runoff. 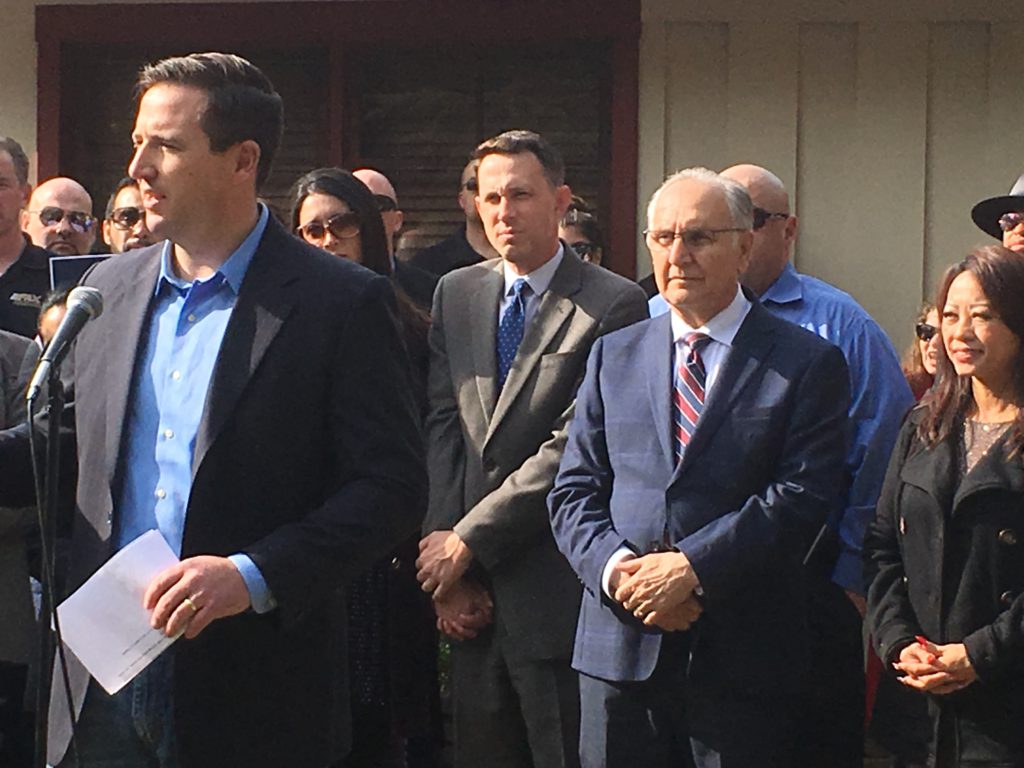 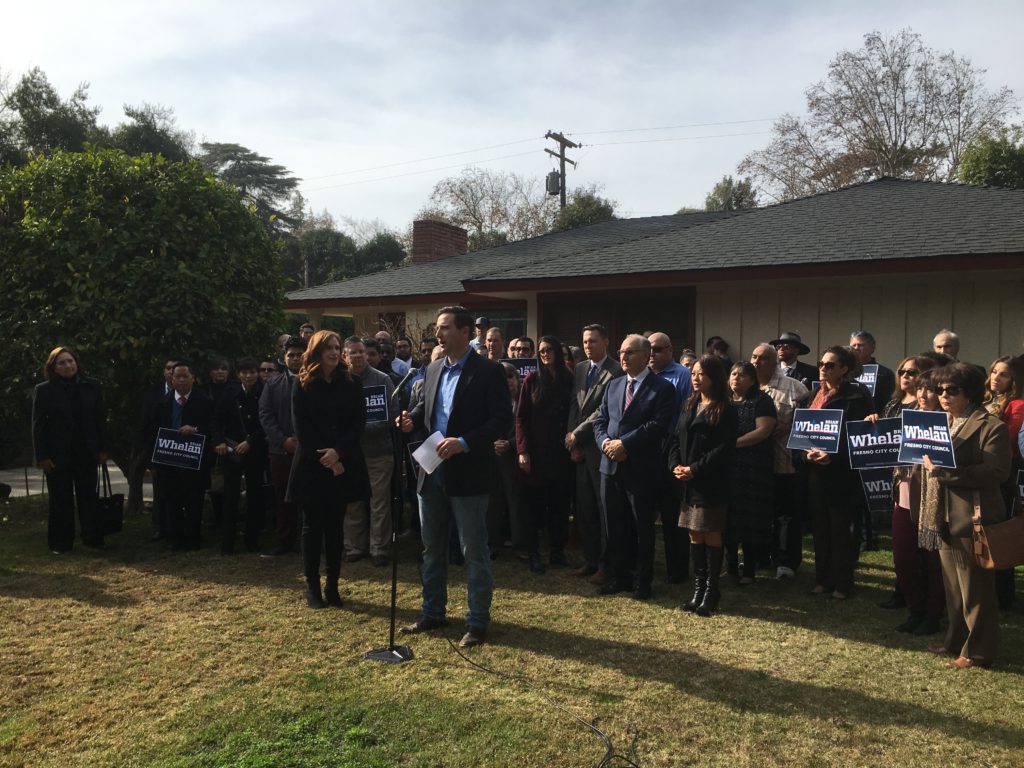 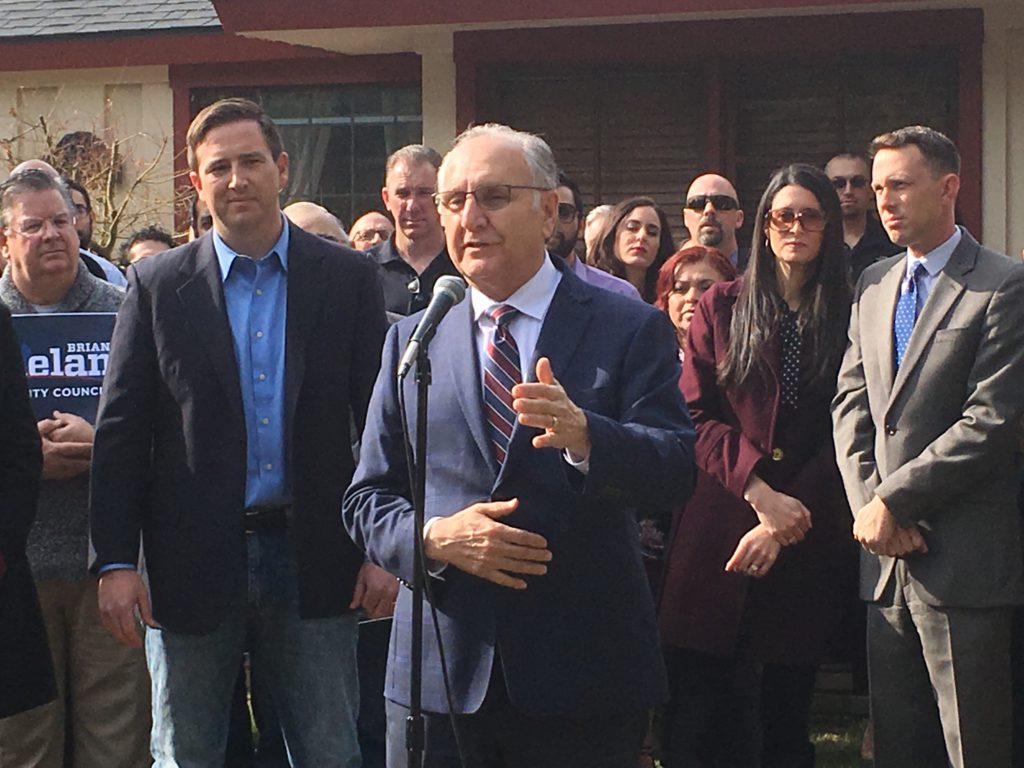 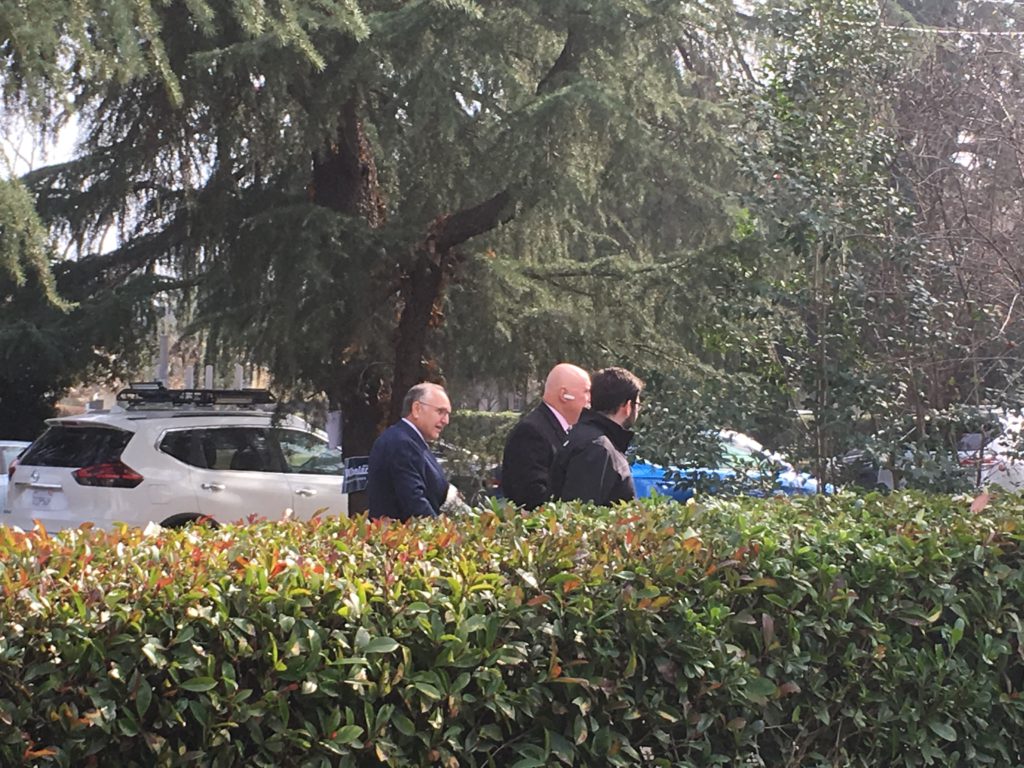 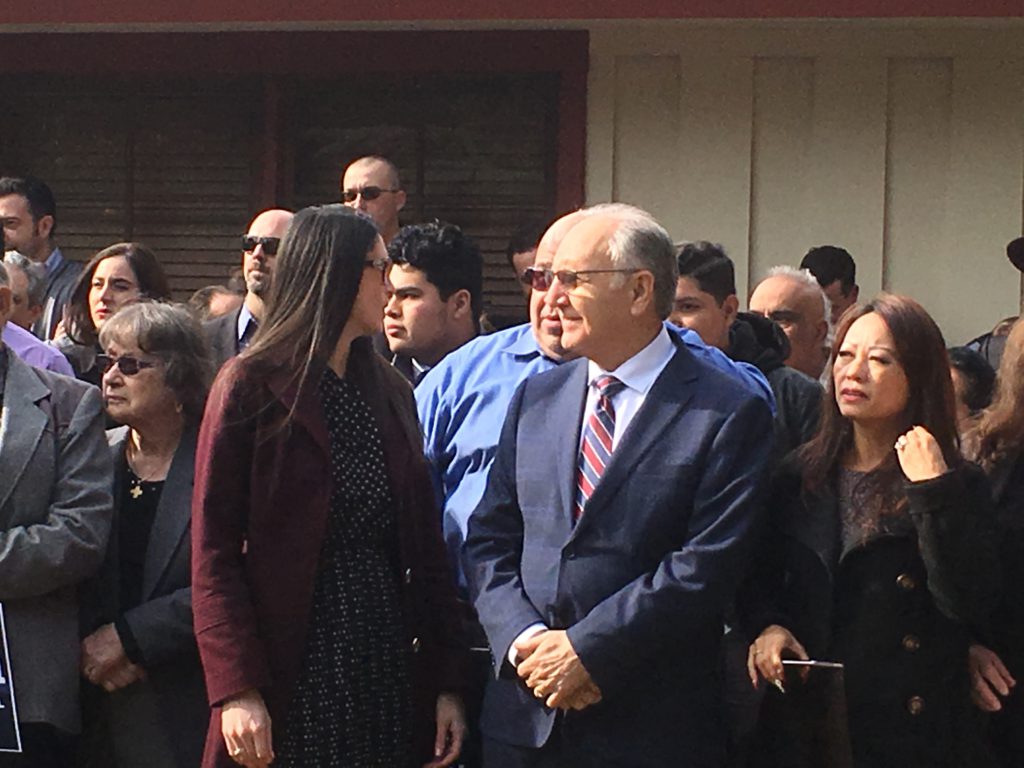 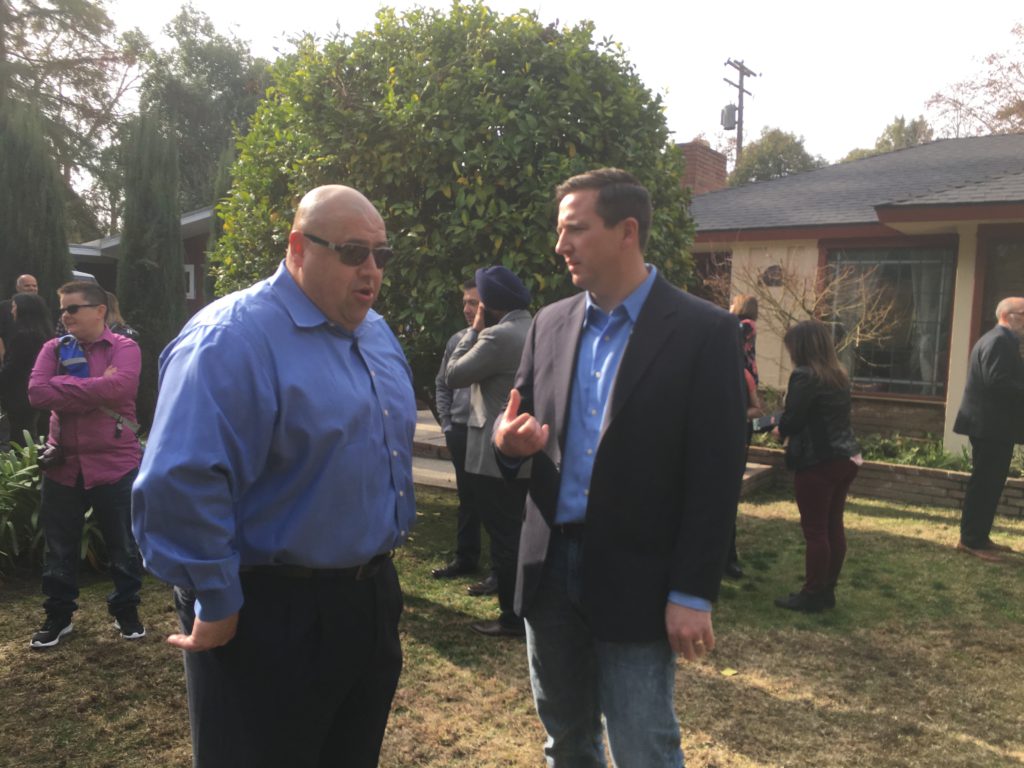 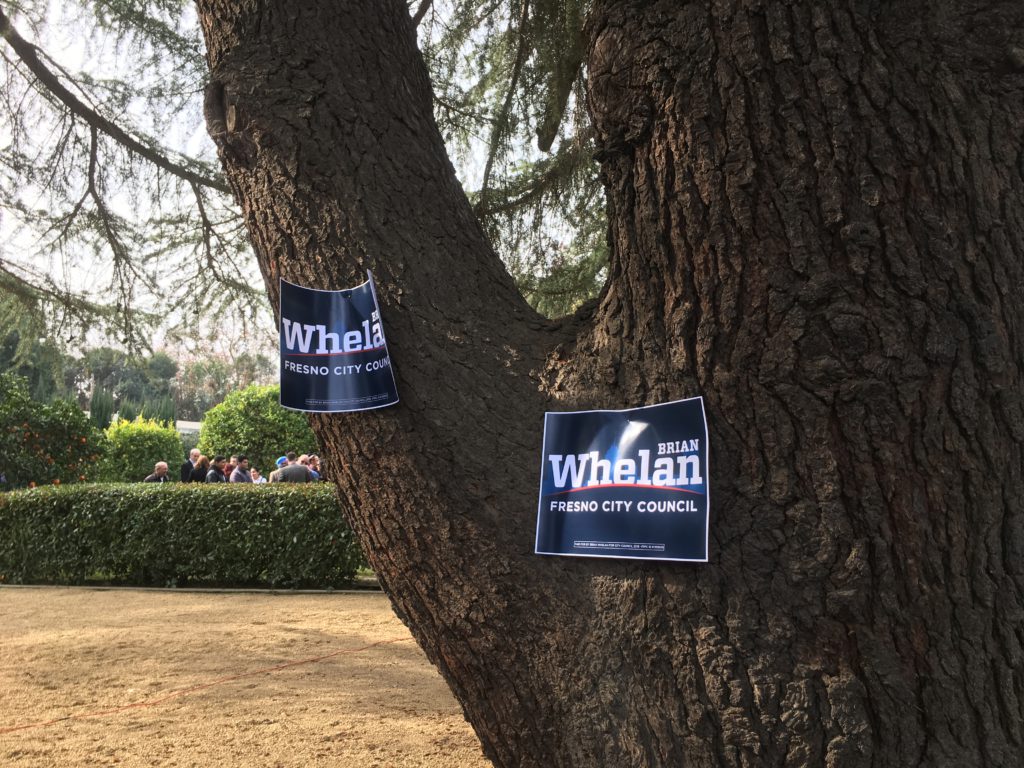