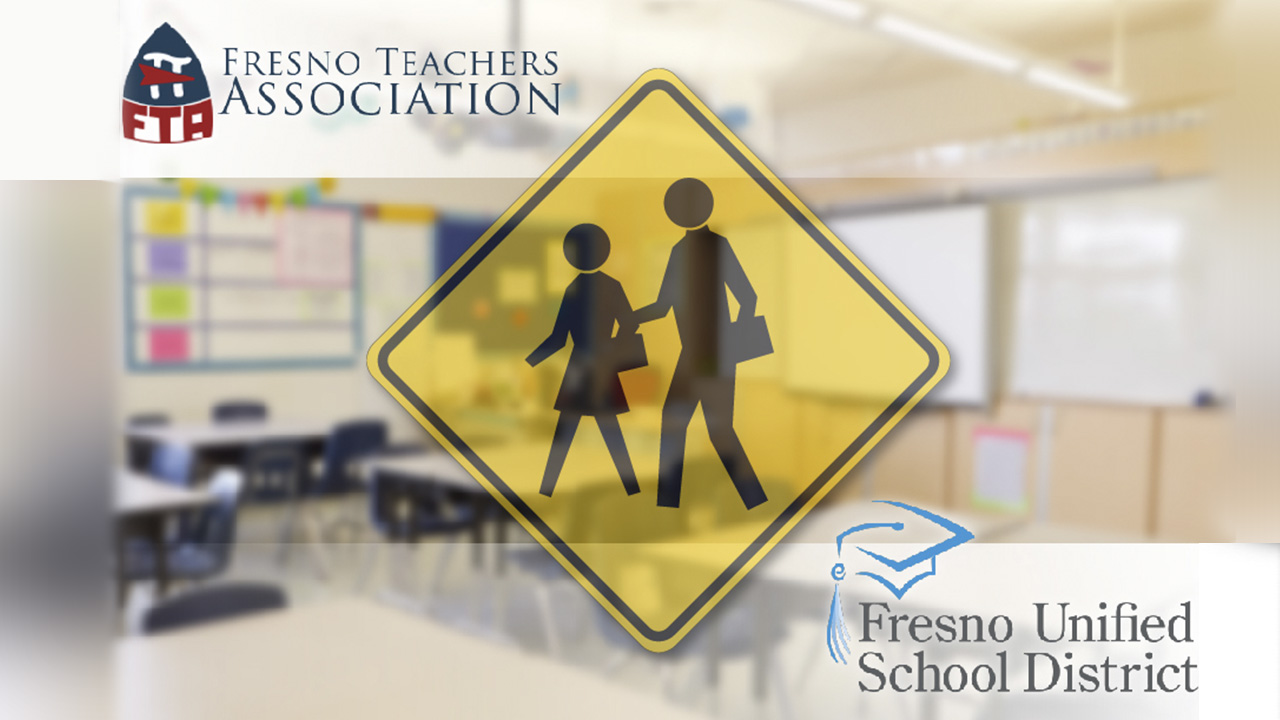 The inevitable question after intense and protracted labor negotiations is, who won?
The cut-and-paste answer also is predictable: everyone.
The losers say it to save face. The winners — recognizing that there will be more contract battles in coming years — smartly refrain from rubbing the losers’ noses in the results.
But Wednesday, with teachers, trustees, administrators, labor reps and media members crowded into the Ann Leavenworth Elementary School library, the many pronouncements that “our community” and “our students” were the winners looked and felt real.
Fresno Unified’s teachers, along with the district’s other bargaining units, get pay raises and a better deal on healthcare. The teachers also will see class-size reductions and the creation of a union-district committee to address school safety concerns. Special education, which long has needed additional investment, will be the subject of another joint committee.
District leadership, meanwhile, spares itself and the community the black eye, expense and slowly healing wounds of Fresno Unified’s first teachers’ strike since 1978. Long and Winding Road to Contract

How did the district and its teachers move past 18 months of distrust and harsh words to come to an agreement?
And what happened during this dispute that inspired Superintendent Bob Nelson, Fresno Teachers Association President Tish Rice, and school board President Elizabeth Jonasson Rosas to all declare the start of a new era of cooperation Wednesday?
Nelson surely had an important role. He stuck to his guns and didn’t cave into to union demands simply to avoid the headaches of a strike. But he also never made the negotiations personal and he signaled strongly his empathy for teachers and the challenges they tackle daily in their classrooms. Simply put, he earned the trust of the union’s bargaining team.
There’s something else that’s really neat — and special — about Nelson: He can laugh at himself. If I were ever on a school board and looking to hire a superintendent, that’s a trait I would value.
Credit Rice, Jon Bath and others on the FTA team for staying committed to negotiating an agreement that helps teachers without requiring them to walk picket lines.

The outside mediating team had something to do with the positive outcome, too.
It wasn’t a coincidence that the timeline set by the team delayed the public release of its findings on the merits of each side’s latest offer until after Gov. Jerry Brown issued his proposed 2018-19 budget. The funding boost coming to Fresno Unified satisfied district leaders that they could comfortably sweeten their offer.

All Signs Pointed to a Strike Until …

You should also know that everything easily could have blown up. Up until the Thanksgiving break, both sides were deeply dug in. A friend of Fresno Pacific University professor Linda Hoff was following the news closely and was concerned about the damage a strike would do. The friend called Hoff and implored her to get involved.
Wouldn’t you know it? Hoff had worked with Rice on education projects at Fresno High. And Hoff knew somebody with the skills to thaw the freeze and get everyone talking. Joining Hoff: Fresno Pacific colleague Larry Dunn, an associate professor of peacemaking and conflict studies. Talk about a situation that begged for someone skilled in peacemaking.

So Hoff reached out to Rice. A few folks from both sides met informally. Hoff served chocolates, people talked and Dunn kept the peace. More people got involved and, inch by inch, progress was made. Then one day last week, the parties officially bargained until 2 a.m. They went at it again Tuesday night, finally getting a deal at 4:50 a.m.

Dawn of a New Era?

Fast forward to 1:10 p.m. Wednesday.
“This is the dawn of a new era” of trust and collaboration,” Nelson said.
You’ve heard this before. Many of you, perhaps, are of the opinion that Fresno Unified will never get over the hump and blossom into a high-achieving school district.


“The real work begins today.” — FTA President Tish Rice
Again, this felt different. This board of trustees and this superintendent appear genuinely interested in teaming with teachers to help students. Equally important: Teachers are willing to take a chance on a fresh start after more than a decade of being beaten down by the previous administration.
“I believe I heard a collective sigh of relief from the community as I drove over here,” Rice said. “There are more wins to come for the community.”
And then a reminder from Rice that healing old wounds and building trust are easier said than done.
“The real work begins today.”