Denham's Bid to be Transportation Chair Could Lift Up the Valley 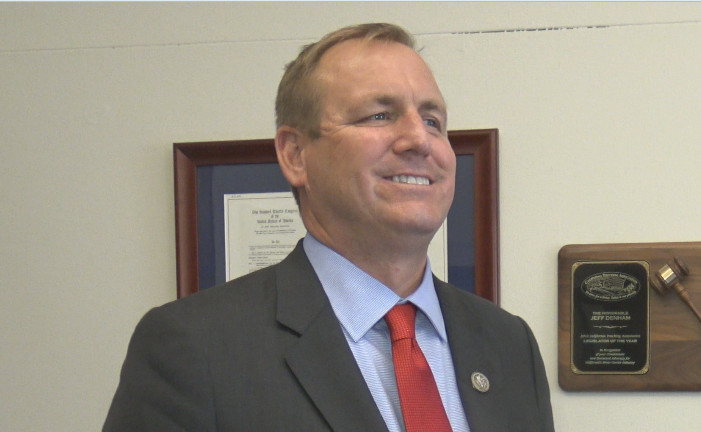 Jeff Denham, the U.S. Representative from California’s 10th Congressional District near Modesto, has quite a bit on his plate.
From immigration and a DACA fix to his own reelection campaign, the Republican Denham is dealing with a diverse agenda.
Below the surface, however, he has been his jockeying for appointment as the chairman of the influential House Transportation and Infrastructure Committee.
Denham has been more public about his positioning recently, telling the LA Times a few weeks ago:
“This is a committee I’ve really shown a great deal of leadership on, but as chairman I’ll be in a better position to fight for California’s needs as well as [needs] across the country.”

Denham vs. Rep. Graves for the Gavel

One of two candidates vying for the position, it appears that Denham is the underdog. His opponent is Missouri Rep. Sam Graves. Graves has served nine terms to Denham’s four and leads the Highways and Transit subcommittee, the most prestigious transportation subcommittee. Denham chairs the Railroads, Pipelines and Hazardous Materials subcommittee.
The process to gain the chairmanship is political, with candidates spending months gathering support from other members of the House.
The process, while competitive, is also collegial and traditional. Of Graves, Denham said, “He’s a friend. We’re going toward this from a very cordial standpoint of two friends that are fighting for the same thing.”
Despite the challenge posed by Graves, Denham has plenty of reasons to feel good about his chances of being selected.
His close relationship with House Majority Leader Kevin McCarthy of Bakersfield is vital because McCarthy helps facilitate a good deal of Republican behind-the-scenes action.
Throw in his own political acumen and party loyalty, and Denham stands a solid chance of being chosen to lead the committee — if the Republicans retain control of the House in the mid-term elections.


“This is a committee I’ve really shown a great deal of leadership on, but as chairman I’ll be in a better position to fight for California’s needs as well as [needs] across the country.” — Rep. Jeff Denham
If selected, Denham would wield considerable power. Committee chairs have the ability to set the committees’ agendas, thus determining which bills are heard and brought to vote and which languish.
He would also be the first Transportation Committee chair from the Central Valley.
According to the LA Times report, Denham would use the position to bring more projects and dollars to California projects, and to the Central Valley in particular. One of his primary goals would be improving water storage for those in the Valley and ratepayers across the state.

Earmarks Could Sweeten the Deal

Even beyond the already-immense responsibility and power of setting the committee agenda, a recent proposal by President Trump to return to the controversial earmark system could grow the power of Denham’s chairmanship exponentially if it materializes into policy.
Earmarks were raised by Trump as a way to add another layer of deal-making to legislation and thus (hopefully) incentivize Congress into more productivity.

All of this conjecture assumes that the stars align perfectly.
In addition to Denham’s selection as committee chair and the return to the earmark system, another hurdle that must be cleared is Denham’s reelection in 2018 – hardly a given.