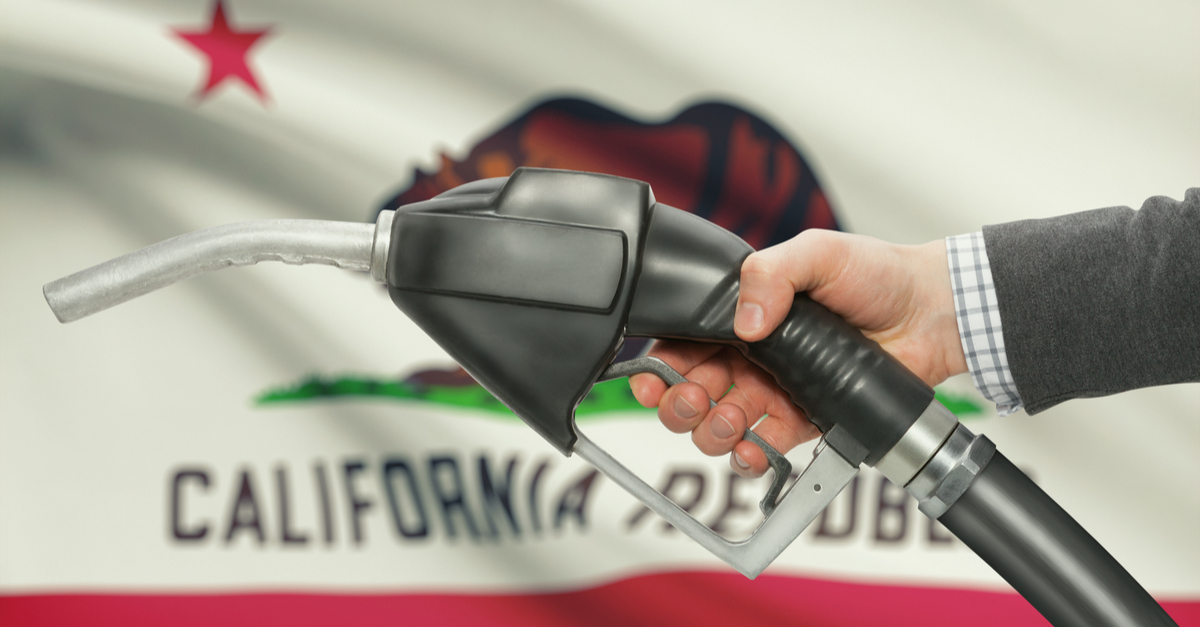 Senate Bill 1, known colloquially as the gas tax, has been controversial since the day it was introduced by state Senator Jim Beall.
Since its passage and signing in April, the new law has drawn considerable criticism and has made enough waves to draw two separate challenges via California’s voter initiative process.
The more potent of the two is a constitutional amendment to repeal SB 1. If approved by voters in November, it will also prohibit future gas tax increases without a public vote.
The measure, pushed by conservative former San Diego Councilman Carl DeMaio, has built up considerable steam in the petition process. Less than a month after its approval by the Secretary of State, the initiative had gathered 25% of the required signatures to qualify for the ballot. At that pace, it will have the 585,407 total signatures needed by early March, two months ahead of the deadline.

Once it reaches the ballot, the gas tax repeal will be a heavyweight fight.

According to Dave Gilliard, the political consultant serving as the point man for the signature drive, 327,800 signatures (approximately 56%) had been gathered as of Jan. 2. If accurate, this would push the finish date even closer and suggests that the pace of gathering is growing exponentially.
It has even been reported recently that proponents of the initiative are putting a short-term hold on collection so their internal verifiers can “catch up” with the “incredible pace” of the gathering.
These returns, along with polling from various sources, make the initiative’s qualification seemingly inevitable.
Once it reaches the ballot, the gas tax repeal will be a heavyweight fight.
Berkeley IGS poll results released on December 22 show 46% of likely voters strongly favor repeal (with another 6% in favor, but less strongly) to 43% who want to keep the law. Only 5% reported being undecided on the issue.
Democrats are among the few demographic groups that oppose the repeal. They favor retaining the tax 60% to 32%. But they are not as strong in their unity as Republicans, who support the repeal 81% to 17%. Independents, who have almost surpassed Republicans as the second-largest voting group in California, show fairly strong support by a 56% to 39% margin.

Repeal as a Tool to Boost Turnout

Though Democrats hold a wide voter registration advantage, Republicans have been known historically to turn out to the polls at a higher rate, particularly in midterm elections.

GOP leaders are hoping that the gas tax fervor will maintain or improve their usual turnout advantage.

Speaking of turnout, a number of commentators have noted the Republican strategy of using a popular issue like the gas tax repeal to drive turnout in what could otherwise be an anemic, de-energized election season for California conservatives.
Particularly in areas like Orange County, where Republican incumbents are most vulnerable, state GOP leaders are hoping that the gas tax fervor will maintain or improve their usual turnout advantage in a year expected to be a big one for Democrats.
Of the Republicans who signed a letter in October supporting the repeal, all Orange County representatives except Ed Royce (whose district, possibly not by chance, overlaps with the state senate district of embattled gas tax proponent Josh Newman) added their signatures in support of the repeal.
Though Congressional Republicans will have more to tout in their campaigns than opposition to the gas tax, most of their districts were won or almost won by Hillary Clinton in 2016, so they will likely need as much GOP turnout as possible.

One of the unique features of this campaign is the fact that it pits various subsets of Republicans against one another and, thus, has the potential to attract even more campaign spending than a typical, clear-cut liberal-versus-conservative contest.
On one side are pro-business Republicans represented by groups like the Chamber of Commerce. Many in this camp, including a number of business leaders, showed support for SB 1 in the legislative process. Members of this wing see infrastructure improvements as providing opportunities for businesses to grow and flourish.

Labor groups and transportation groups will be pushing hard to preserve the huge chunks of funding they expect to receive for new projects.

On the other side are those who object to California’s taxes or to the methods Sacramento legislators employ to pass bills like SB 1.
Complicating issues even more are those Republicans who agree that infrastructure spending is vital to economic growth, but object to the system of taxation SB 1 imposes. They argue that the tax itself would offset any benefits to companies.
These members, a significant bloc within the party, help explain the repeal’s far-reaching support among Republicans. They leave the more moderate, pro-business, Republicans as a small, but potentially vocal, minority.
And this is all without mentioning the influence of Democrats. Labor groups and transportation groups will push hard to preserve the huge chunks of funding they expect to receive for new projects through SB 1. State Democratic leaders will vigorously defend one of their centerpiece laws from last year’s session and will fight tooth-and-nail to preserve their legislative capability to levy future gas taxes.
In all, it is clear that the gas tax repeal will qualify for the 2018 ballot. In a year likely chock-full of incredibly impactful initiatives, this controversial measure stands a good chance of leading the way as one of the most hotly-contested battles statewide.
With GOP turnout at least partially contingent on keeping repeal efforts in the spotlight and both sides planning to sink tons of resources into the campaign, the gas tax repeal will dominate headlines in the lead-up to November.