The Fresno City Council unanimously approved a plan last week to move the Darling Ingredients rendering plant from a residential west Fresno neighborhood to a less-populated location five miles away.

But while residents in the area hailed the move as a strike for environmental justice, a legal challenge may present hurdles.

The council is scheduled to make its final vote on the Darling project Thursday (Nov. 2). Although the confirming vote is on the consent calendar, you can now expect the item to be thoroughly discussed.

During the Oct. 26 vote, Councilman Steve Brandau asked City Attorney Douglas Sloan if such a deal would pass legal muster: “Did we do all the environmental work related to this project?”

Sloan answered, “We believe we are legally solid. We’ve been looking at these issues for several years and have been very careful to ensure we comply with the law.”

However, during the public comment period, attorney C. William Brewer spoke on behalf of his clients, James and Lisa Quist, who live in the area of Darling’s relocation. Brewer noted that while the Quists support moving the plant, there are legal obstacles.

As first noted by George Hostetter of CV Observer, Brewer argued that because the land the city wants to give to Darling was annexed into the city, it requires a new level of environmental review and a public auction for the land.

According to Brewer’s legal summation, moving the property to Darling would cause the land to be de-annexed, which would require the city to adopt a resolution confirming the use change. That would also trigger the state’s required environmental review, known as CEQA. And, Brewer argued, because the land would be de-annexed, it no longer falls within city jurisdiction.

The city acquired the land, Brewer wrote, to serve as a buffer zone for the wastewater plant. By giving it to Darling, it would no longer serve that purpose.

Fresno County also sent the city correspondence regarding jointly shared roadways. A map shows that Jensen Avenue, which is in the area of the proposed Darling site, is a shared city-county road.

The plant that renders animal carcasses for pet food and other products has drawn complaints from nearby homes for decades.

The council approved the move even though the full cost to taxpayers is unknown. Public Utilities Director Tommy Esqueda revealed last week that the cost for land improvements would be $5 million to $6 million. The city has not revealed the cost of the land and entitlements.

Darling would move from its 795 W. Belgravia location to 20 acres of city-owned land next to the wastewater treatment facility near Jensen and Cornelia avenues. The company has an option to purchase an additional 20 acres. The move would allow Darling to nearly double its output.

Mayor Lee Brand will ask the council to approve $500,000 for pre-construction activities for the proposed Temperance Flat Reservoir water storage project. The city would partner with water contractors and agencies that have a vested interest in expanding the Valley’s water storage capacity. The contract would be with the Friant Water Authority.

The money would go for technical and financial studies for the estimated $2.7 billion dam. Temperance Flat would store up to 1.26 million acre-feet of water.

Two of the city’s garbage contractors are asking for rate increases that the council will discuss Thursday. Allied Waste Services and Mid Valley Disposal hold commercial solid waste contracts with Fresno. They are asking for 2.97% and 2.9% increases, respectively.

According to city documents, the increases “account for changes in the consumer price index, fuel costs, and other related cost-of-service items.”

Councilwoman Esmeralda Soria is proposing a slight change to the city’s campaign fundraising rules. It spells out when funds may be transferred from a prior election account into an account for city office.

Specifically, such transfers can be made only during the opening of the filing period (usually four months before the primary) until the end of the calendar year of which the election is held. Contribution limits still apply.

Another interesting provision of Soria’s proposed change is that candidates would be shielded from potentially erroneous advice provided by the City Attorney. Thus, if the candidate seeks the attorney’s advice and follows it, he or she is considered in compliance with city law “and it shall be deemed a complete defense to any claim or action concerning that matter.”

Her proposal comes after 2018 council candidate Nelson Esparza settled with the city over irregularities of campaign fund transfers.

In District 3, Ramon Perez is in the race for the seat held by Oliver Baines (who is in his second and final term). Other official candidates include Tate Hill and Daren Miller.

For District 7, attorney Brian Whelan is the latest hopeful to replace Clint Oliver (who finishes his second term in January 2019). Other official candidates include Esparza, Genoveva Islas and Theresa Orantes. 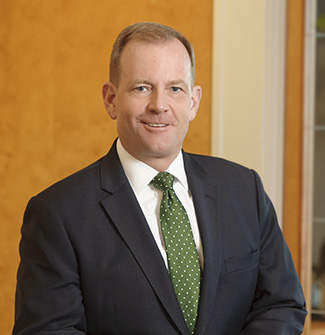 President Donald Trump has nominated McGregor Scott as U.S. Attorney for the Eastern District of California, the region that includes Fresno County.

If confirmed by the U.S. Senate, this would be Scott’s second stint as the top federal attorney in the region. He served as U.S. Attorney from 2003-2009, appointed by President George W. Bush.

Phillip Talbert is the U.S. Attorney for the district, a position he’s held since 2016. President Barack Obama nominated Talbert.

Scott is a partner with the Orrick, Herrington & Sutcliffe law firm in Sacramento.

The Sacramento Bee reports that a former aide to state Sen. Tom Berryhill (R-Twain Hart), whose district covers part of Fresno, settled a wrongful termination suit with the Senate for $89,500.

Douglas Miller worked for Berryhill for seven years until 2013. According to The Bee:

“[Miller] was terminated following a Senate human resources investigation into an office argument over then-San Francisco 49ers quarterback Colin Kaepernick’s tattoos and whether he was a good role model. A week after the ‘heated’ discussion, Miller’s supervisor reported the incident. He was subsequently placed on administrative leave and fired the next month.”

Keep in mind, this was prior to Kaepernick’s #TakeaKnee protests and he was coming off a Super Bowl season.