California Republicans would like nothing more than to mount a successful recall of Josh Newman.  He is a Democratic state senator from conservative Orange County who won the traditionally Republican-held seat by a narrow margin in 2016.

GOP leaders believe they have the perfect issue for forcing Newman out of the state Senate: His vote for Gov. Brown’s gas tax hike to pay for improving California’s crumbling roads and highways.

Should Newman be recalled in a special election and replaced by a Republican, the Democrats would lose their super-majority in the Senate. It’s a tactical edge they are going to great lengths to maintain.

Longtime Capitol watcher Dan Walters of Cal Matters writes: “In brief, Newman did nothing to warrant being recalled, but the Legislature’s majority Democrats and Gov. Jerry Brown soon compounded the Republicans’ political malpractice.

“They enacted some changes in political law to kneecap the recall petition signature drive and/or push a recall election into the regular 2018 election cycle, when voter turnout would be higher.”

Walters has much to say about the Democrats’ “banana republic” tactics in his latest column at Cal Matters. You can read it here. 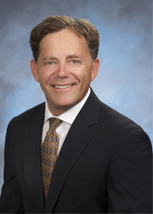