One of Mayor Lee Brand’s latest appointments to the city Planning Commission lasted one meeting because of residency issues.

Pao Yang wanted to serve the city. He is currently the executive director of the Fresno Center for New Americans. “It has always been my ambition to give back to my community and be a servant to the city of Fresno,” he wrote on his application.

Brand appointed him and city council approved on June 15. However, less than a month later, Yang resigned once the city informed him he lived in a county island, and not within Fresno limits as required.

“I didn’t realize I wasn’t within the city. It was an honest mistake on my end,” Yang told GV Wire. “I was excited to serve. I’m okay with (resigning). I reached out to the county Board of Supervisors to see if I can serve there.”

When asked for comment about this apparent mix-up, Mayor Lee Brand’s spokesman Mark Standriff offered “no thanks.” 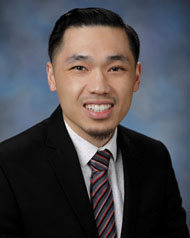 City council on Thursday (August 3) will be asked to approve Yang’s replacement, Peter Vang, a financial advisor who is also a board member for Fresno Interdenominational Refugee Ministries (FIRM).

“He’s a good fit. He’ll represent the community well,” Yang says of his proposed successor. He is even listed on Vang’s application as a reference.

Yang, and now Vang, are replacing Jaime Holt, who left the commission earlier this year. The term lasts through June 30, 2018.