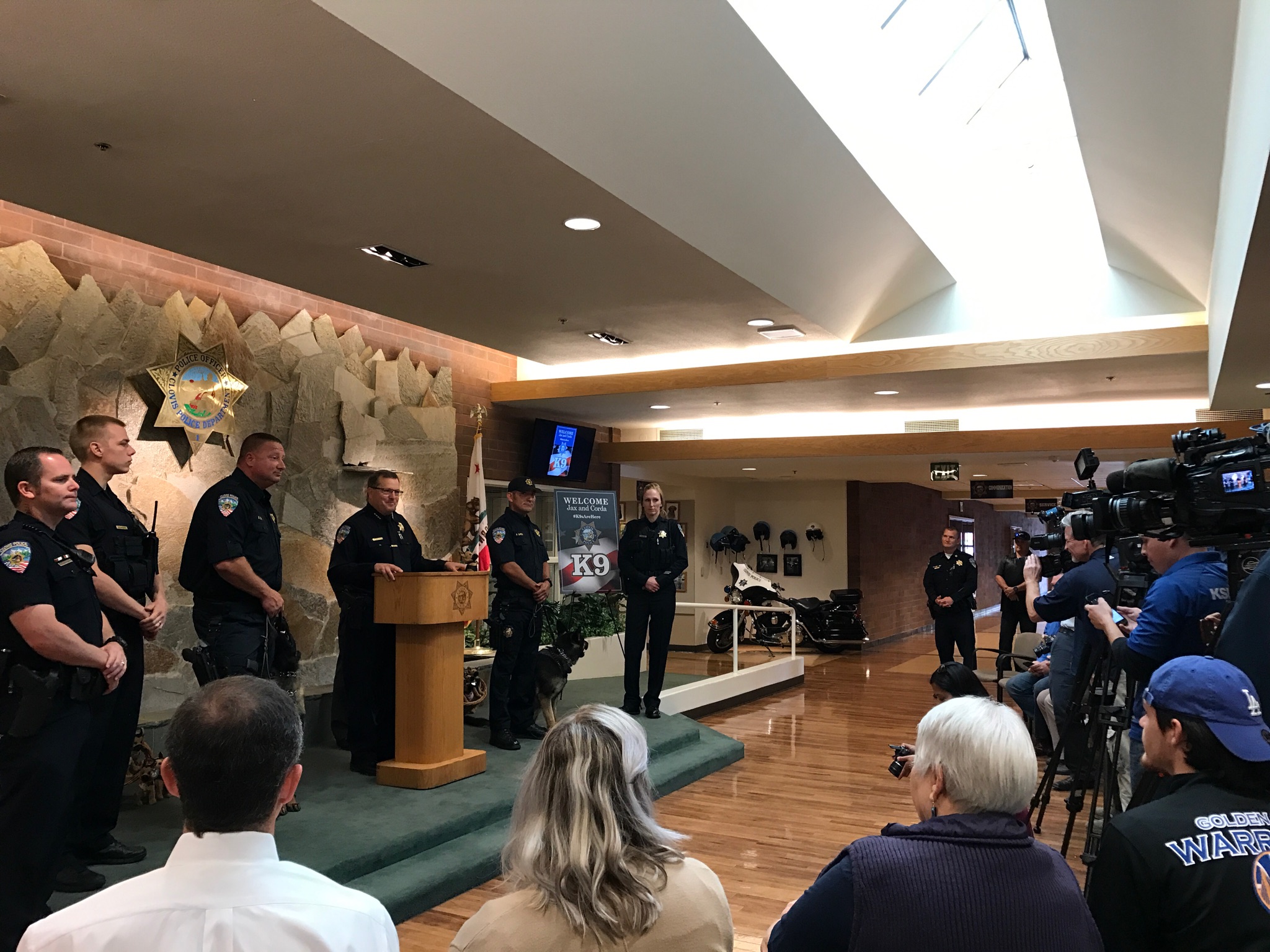 Clovis Police Chief Matt Basgall described the success of the police departments K-9 fundraiser.
“We had hoped that we would reach $75,000 – it’s amazing how fast the little dog took off and how fast people just showed up at the front counters and were giving checks and donations and people calling and saying hey I want to help I want to be part of this program. It really was a total community effort to get to where we’re at today. I couldn’t be happier to lead a community like this – this is just awesome.”

In the end, the Clovis Police Department ended up raising $136,000.

Clovis Police Officer Phil Garcia said, “It’s super exciting – it’s another tool that we get to use to implement out on the street not only to protect myself and other officers, but citizens as well.”

The department commented that they expect three more K-9 units will join the police force by September.

Did you contribute to the K-9 fundraiser? Leave your comments below.