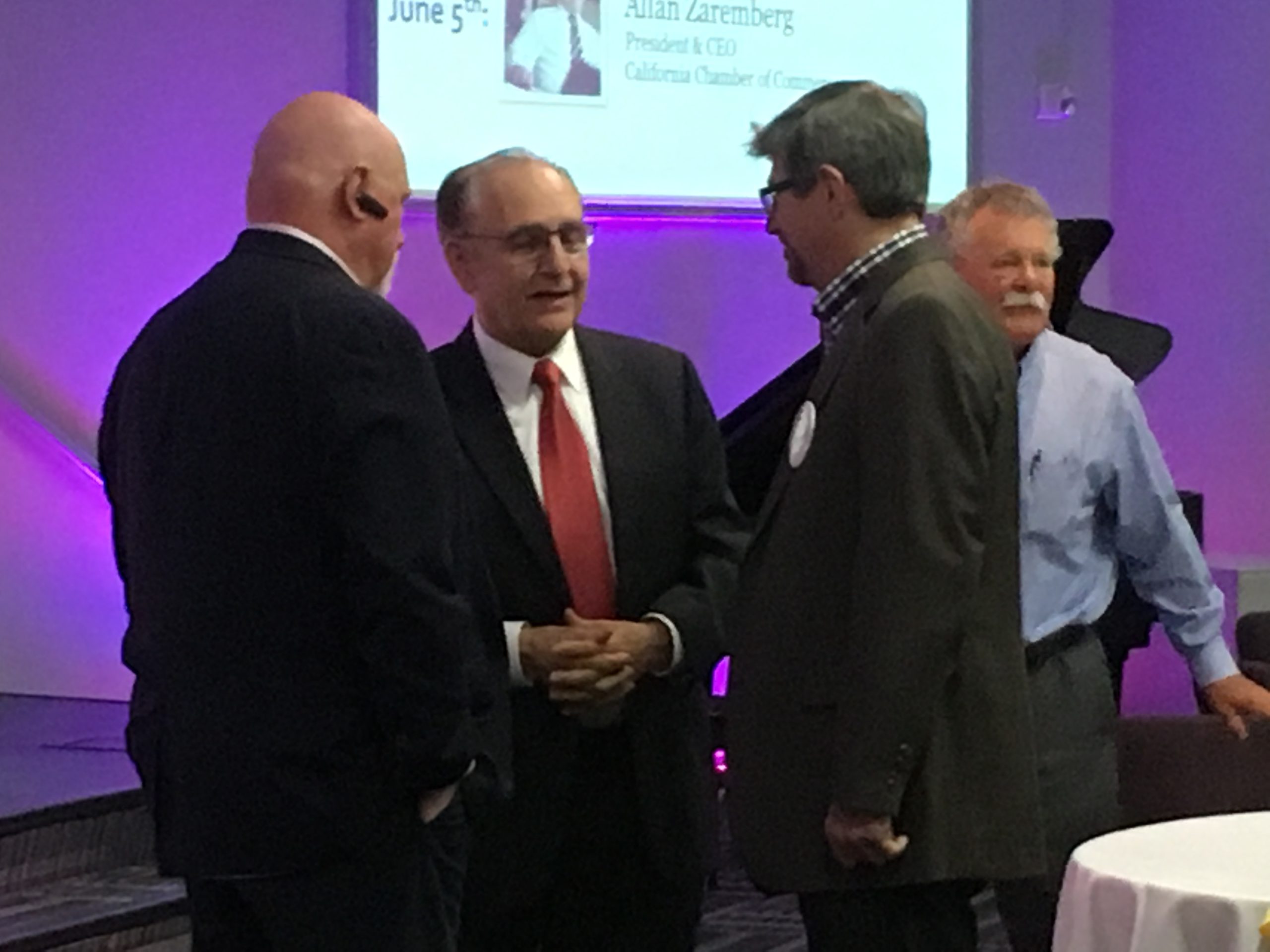 Mayor Lee Brand is banking Fresno’s economic recovery on Ulta, Amazon and the High Speed Rail maintenance yard. Between the three entities, he told an audience at the Fresno Rotary Club on Monday afternoon, Fresno could see 10,000 new jobs. Brand said he wants Fresno to emulate places like Kansas City to become an e-commerce hub.

“This is transformative,” he said. But Brand wants to make sure the area’s labor supply keeps up. He is working with local educational institutions to make sure that happens.

Brand covered the economic future of Fresno, as well as an update on his plan to add more police during a speech at the Cornerstone Conference Center in downtown that highlighted his first 100+ days in office.

In March, Ulta Beauty announced it would locate its distribution center at a 670,000 square foot facility at East & Central avenues. The city estimated that would bring 500-1,000 new jobs.  Brand also wants to develop more in that area as an industrial zone, between Highways 41 and 99, south of downtown.

Once again, Brand talked about his efforts to recruit Amazon to build a fulfillment center and bring 2,500-3,000 jobs to Fresno. He has talked about his trips to Seattle in prior public speeches. “We will know shortly,” Brand said.

Another recruitment project is the High Speed Rail maintenance yard, which could bring 1,500 jobs. Brand said he hopes an answer will come later this year. “My focus now is to assess the infrastructure needs, which are probably over $100 million,” he said. Brand said he requested funding from the state and federal governments.

Those three projects could bring in 5,000 jobs. According to Brand’s “multiplier effect,” that could double to 10,000 because of all the services and goods those new works would need. Brand likened the plan to 10 e-commerce centers in Kansas City, covering 10 million square feet.

Brand said he would be unveiling his first budget in about two weeks. It would include 21 new police officers to bring the total number of sworn officers to 824. During his 2016 campaign, Brand promised to bolster the force to 1,000 officers in his tenure.

For small businesses, Brand announced a “Business Friendly Fresno 2 Initiative” to help break through roadblocks in pulling permits. “Fresno is one of the toughest ones to work with,” Brand said. A panel, according to Brand’s plan, will be convened to bring together various sectors of the workforce. The panel would consist of single-family home builders, commercial and retail developers, architects, engineers and human resource professionals.

“One of the biggest problems I’m facing is work culture, and I’m determined to solve that problem,” Brand told the audience. He said he is working with unions representing city workers on a solution.

Other highlights Brand mentioned were the improved bond rating and a May 30 joint City Council-Fresno County Board of Supervisors meeting.