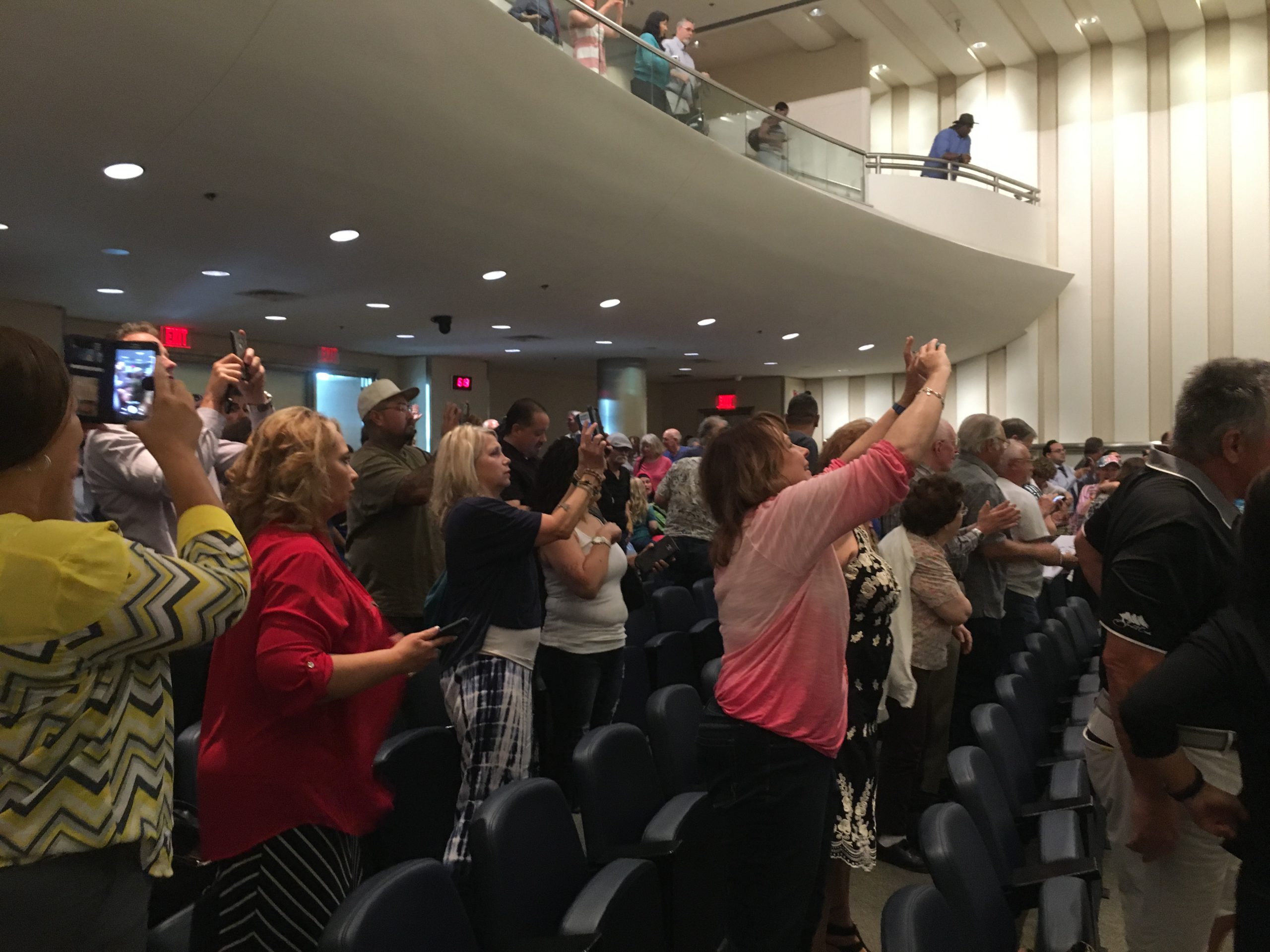 They all filled the Fresno City Council chambers on Thursday (May 11) night to tell them all their thoughts on God.  And the council responded with a unanimous vote to place the phrase “In God We Trust” on the wall behind the council dais.

Some were positive, like the comments by former Mayor Alan Autry. “Right now, I happen to think our country is the most divided it has been in my lifetime. You have an opportunity right now to fall in line with that great linage of making the statement ‘In God We Trust’ not as a divisive thing, but as a unifying thing.”

Some were not, such as critic Shannon Kurtz. “Bredefeld is the human equivalent of an internet troll. He introduced this to deepen the rift in an already divided community, a community he has sworn to serve” Kurtz said. “This makes him a danger to the community, deeply immoral and unfit to serve.” But she relented, “out of respect, I don’t think you’re incompetent.”

As council listened to the nearly 45 speakers over two hours, they heard religious, philosophical and legal arguments why they should or shouldn’t place Nation’s Motto on the wall behind council.

Councilman Paul Carpioglio mentioned the legal pitfalls, and offered to place the motto elsewhere in chambers. He suggested either on the first floor with some other historic documents, or in the area above the second floor lobby with the George Washington exhibit.

The ordinance’s author, Garry Bredefeld, soundly rejected the idea, demanding it go behind the dais.

In the end, it was a unanimous vote. Bredefeld moved through a constant line of hugs and handshakes.

“It feels wonderful. Now, Fresno is now the largest city in the state of California that has adopted our national motto in the council chamber,” he said. “It is just a wonderful feeling. ‘In God We Trust’ is about faith, values and patriotism.”

The former mayor also celebrated. “In Fresno, it’s a great day that it passed. But it’s also a great day for…I think it can be the start of something even bigger in terms of a discourse,” Autry told GV Wire afterward.