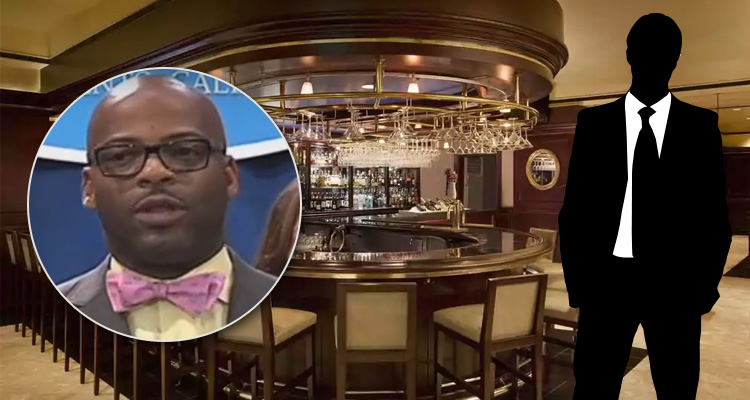 A confidential witness is shedding more light upon what an Agricultural Labor Relations Board (ALRB) member allegedly said when confronting a group of farmers.

And, in perhaps a coincidence, the ARLB cancelled its board meeting for Thursday (May 11). An ARLB spokesman says it is because a lack of quorum as one of the members (without specifying who) is ill.

Isadore Hall was confirmed to the ALRB by the state senate on April 20, by a party-line 25-13 (all 25 votes came from Democrats).  Hall battled through loud opposition from the likes of Sen. Andy Vidak (R-Hanford) and Gerawan Farming of Fresno County.

Gerawan has been at odds with the United Farm Workers union and the ALRB, which is supposed to help settle disputes between farmers and labor. The main issue is whether Gerawan workers have the right to decertify UFW as their business representatives. Dozens of lawsuits are pending.

The day before Hall’s confirmation hearing in front of a senate committee, witnesses alleged that the former Compton legislator engaged in a verbal and threatening tirade. The vitriol, the witness describes, happened on February 28 at a Sacramento hotel bar against members of the California Fresh Fruit Association, a Fresno-based advocacy group.

Now, a court document filed yesterday (May 9) includes a witness’ account of what happened on the night in question.  It is part of a reply filed on behalf of Gerawan Farms, asking that Hall be disqualified from hearing their cases currently in front of the ALRB.

Gerawan initially filed a brief with the ALRB for Hall’s removal on April 27. Both the UFW and counsel for the ALRB filed separate opposition briefs May 8.

With the latest Gerawan filing, they hope to further prove that Hall is biased.  “Member Hall participated in a march to Los Angeles City Hall in support of a resolution condemning Gerawan for ‘egregious violations of California labor laws,’ including those alleged in this action. Whether he did so earn the UFW’s endorsement (which he obtained days after his participation) is secondary to his decision to publicly associate himself with the UFW’s sponsorship of this resolution.

The identity of the witness remains anonymous, as the brief states: “based on his fear that he (or his employer) will be targeted by the ALRB, the General Counsel, or the UFW for coming forward with this evidence. He works for an agricultural company that is subject to the jurisdiction of the ALRB.”

According to the declaration (defined by law.com as “a written statement made “under penalty of perjury”):

“I first talked with Isadore Hall, at the reception party that evening, and he had told me he would like to further speak with me, about my views on worker issues in agriculture. I gave him my business card, and figured we would speak again, in the future.”
“Later that evening as I left my room in the Hyatt Regency Hotel, I came across a group of members from the Fresh Fruit Association, and as I came upon them realized they were speaking with Mr. Hall. I heard Mr. Hall cussing quite a bit, being very loud, and decided I would not stay, nor get involved in the discussion going on.

“So I ordered a drink, and as I was going towards the back exit to smoke a cigarette, when Mr. Hall walked out in front of me. We sat across from each other, and I mentioned “well that sounded like a fun conversation”. His response was “yeah those mother**** don’t know me.

“He then asked me who was Gerawan. I told him it was a farming company in the Central Valley, whose employees, have been trying to get their ballots counted to decertify the UFW.

“Mr. Hall and I spoke for about 15 minutes, after this, about how he got involved in politics, and he informed me he was from Compton, and these types of things, and people don’t intimidate him what so ever. As we finished our conversation I asked him if he had a business card, in which case I could contact him, but instead he gave me his personal cell phone number, in which I called, then hung up so he could have my number, and I have his. That number is (310) *****. We spoke in a friendly, manner, which was not confrontational, whatsoever.”

[Note: the foul language and phone number have been edited by GV Wire]

Attorneys for the UFW filed a motion opposing Hall’s disqualification. They challenge the interpretation of photos presented by Gerawan, showing Hall at the UFW march. “Gerawan claims that these photos demonstrate intractable pro-UFW sentiments on Hall’s part. However, such an interpretation of these photos fails to recognize that they were taken for and posted on the UFW web page, for the purpose of promoting UFW, not to chronicle Hall’s activities during the march,” the brief states.

The UFW argues that he was just a politician engaging in a photo opportunity. “They certainly do not establish that, in conjunction with the march, Hall developed or stated opinions about any specific pending administrative or court proceedings,” UFW’s attorneys writes.

In similar arguments, the ALRB in its legal response says Gerawan’s evidence of Hall’s participation in the rally does not show actual bias, the basis needed for Hall’s disqualification.

[Note: information from both UFW and ALRB’s briefs were from responses filed to Gerawan’s original motion to disqualify Hall; neither addresses the witness’ allegations filed in a subsequent brief.]

Bill Walton on Farming, the Dead and Life