$6M in Contracts on the Line at Fresno Council 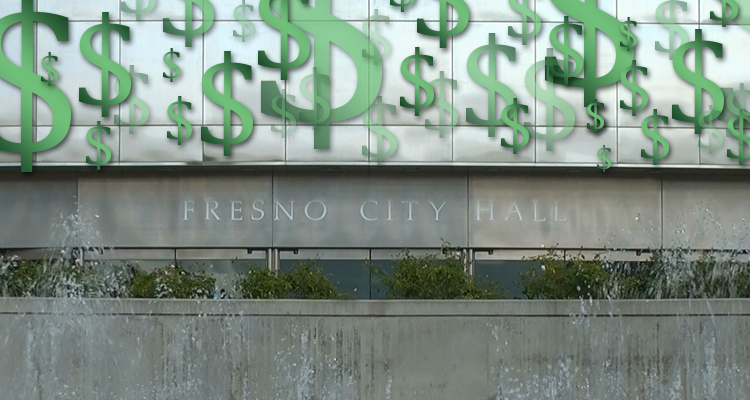 The city council will decide on nearly $6 million in contracts at Thursday’s meeting. Many of the requests for spending are for consultants. Some highlights:

In an action scheduled for this Thursday’s (April 27) meeting, council will vote to extend a contract with Simon & Co., a Washington, D.C. lobbying group. The group, headed by Len Simon, has served Fresno in a formal capacity since 2009, costing the city $5,083 per month. The contract, if granted, will continue the City’s partnership with Simon for a three-year period totaling $194,999.88, with two one-year extension options.

Simon & Co. has represented a number of other cities and counties, including Madison, WI; Portland, OR; Salt Lake City; and even Fresno County. The firm specializes in assisting local governments to take advantage of federal legislation, grant programs and special projects with available federal funding.

Fresno’s relationship with Simon has been fruitful in the past. Their report to the city council outlines 18 different funding opportunities they helped Fresno secure. While some are for relatively small amounts, such as grants for promotion of the arts or expanding public works employment, they have also played a role in more significant acquisitions, namely, $6.25 billion in federal assistance for High-Speed Rail.

Council will vote to expand the contract with the water experts hired last year in wake of the northeast Fresno discolored water crisis. Dr. Marc Edwards and his Virginia Tech team ($100,000) and Dr. Vern Snoeynik and his Water Quality & Treatment Solutions, Inc. team ($330,000) will continue to perform water tests.

The Development and Resource Management Department (DARM) will ask council to grant San Francisco-based consultant Wallace, Roberts and Todd (WRT) an additional $250,000 for more work on the Parks Master Plan. This is on top of a $436,701 contract awarded in 2016. According to a staff report, the extra money will help WRT “develop an analysis tool” and assess the remainder of the city’s parks. Currently, they are contracted to examine 25 parks. The contract extension would allow WRT to study the remainder of city parks.

One notable expenditure is $90,710 for “community engagement” which consists of developing an outreach plan, preparing presentation materials, survey data collection and feedback and nearly half that total ($44,910) to conduct community workshops in all seven districts.

In January, councilman Garry Bredefeld forced a cancellation of another community engagement contract for parks with Bertz-Rosa. That saved the city $150,000.

Public Utilities wants council to amend an IT contract with NexLevel Information Technology of Carmichael for an additional $70,575. This would be on top of a $174,800 contract passed in 2015. The staff report says “(H)is IT plan is used by ISD staff to guide, plan and procure current and future IT investments and resources.  Due to their knowledge and expertise, Nexlevel (sic) was selected to develop an individual IT Technology Plan for Public Utilities.”

The Transportation Department wants the council to approve a $250,000 consultant deal with Le Flore Group to help navigate grant projects from the Federal Transit Administration. The group has worked with the city on previous projects. A staff report claims the money to pay Le Flore would come from federal grants. The amount includes $25,000 in travel costs. Le Flore is based in Whittier.

Attempts to reach Le Flore were not successful as of publication time.

It may be going back to the drawing board to find a new facility to park city public safety vehicles. Bids for a fleet management division building came back too high when revealed in January. Three companies bid for the project, ranging from $7.4 million to $15.6 million. The lowest bid, according to the city’s transportation department, was 48% too high. They are asking the council to formally reject the bids.

Public Utilities head Tommy Esqueda will present council an update on water projects. The Southeast Surface Water Treatment Facility (at Floradora & Fowler) has spent 48% of its estimated $159.9 million budget. Its target completion date is September 25, 2018. Other pipeline projects are on schedule and on budget.

Bus Rapid Transit is coming to Fresno (target date early 2018). Instead of passengers purchasing fares in the front of the bus, they will purchase tickets at a vending machine and enter from the front or back of the bus. Thus, council needs to develop new guidelines for ensuring everyone riding the bus bought a ticket. The Transportation Department suggests three major changes: allow transit employees to act as enforcement officers; define fare evasion as “entering a transit vehicle without valid fare, misusing a transfer pass, and unauthorized use of a discount ticket; and prohibit willfully providing false identification to a police officer or transit employee.

Penalties would include a fine up to $250 for the first or second violation plus community service; a third violation would go up to $400 and possibly lead to jail time of up to 90 days.

Council will hear an update on a measure they passed last year to combat slum-housing. Staff is scheduled to talk about the progress of the Anti Slum Enforcement Team (ASET), including some successful efforts to get landlords to clean up their blighted properties. However, the team says it is not fully staffed.

Steyer for Gov: Will He or Won’t He?