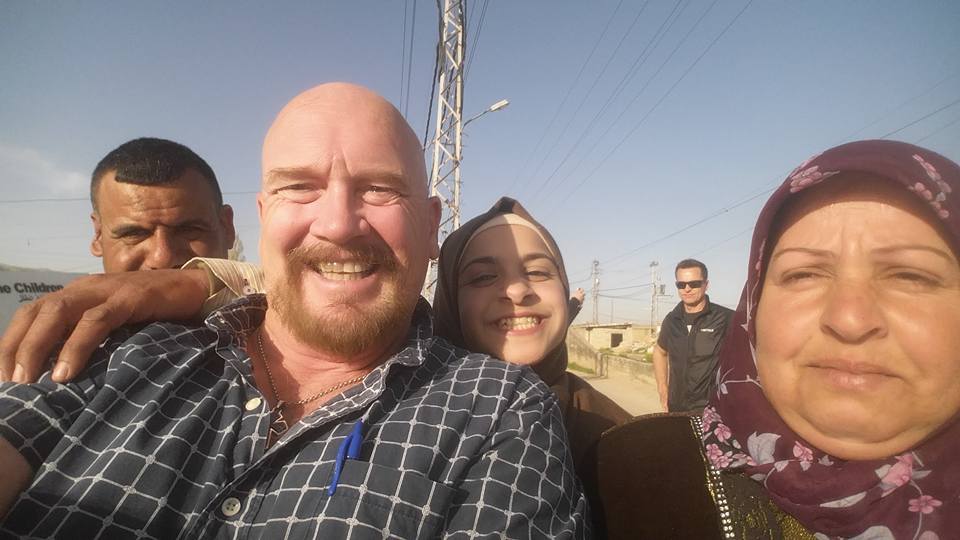 For the past week, Fresno city councilman Steve Brandau went around the world to get a first hand look at how Syrian refugees are coping.

With 11 members of his Northwest Church, the group traveled to Lebanon and visited camps for those fleeing from the Syrian civil war. Brandau talked to GV Wire exclusively about his experience.

GV Wire: What have you seen in the camps thus far?

Brandau: One of the first tents that we went in today was about maybe 10 feet wide by about 24 feet long so 10×24 and there were 20 people living in that tent full time. There were nine adults and 11 children including two children who were born in Lebanon. Most of these folks have been in Lebanon in refugee camps for two or three years.

We did meet one family today that has been in Lebanon for six years. Can you imagine being away from your home for six years inside of a tent? So today this very first family had to flee Syria – they were getting bombed from both sides of the civil war. They didn’t choose sides. They finally decided that they have to leave for the safety of their children.

So the whole neighborhood picked up and moved together at a moment’s notice – the bombs got so close that the neighborhood leaders decided it was time to leave and they were literally grabbing kids, the neighbor’s kids, putting kids on their shoulders and they walked on their feet for over 24 hours until they came to the border at Lebanon and then Lebanon let them in and so they left all of their material possessions behind and left everything as it was and for many of those folks who came from the Aleppo area they’ve seen the reports that Aleppo has just been basically demolished.

GV Wire: What are you learning from your experience?

Brandau: I think that in America there is such a huge debate over the Syrian people. We get a lot of things confused – that cloud of confusion is kind of leaving me so I’ve got a better perspective of who is who.

Mostly folks today, they cannot stand ISIS. They were running from ISIS. Many of them were running when ISIS took over their village. They are Muslim people that they enjoy life, they’ve had a very normal life and ISIS comes into their neighborhood and demands that they live a completely different way that they aren’t used to, they don’t like it – they feel threatened. ISIS begins to threaten people that are not pulling the line and so they can’t stand ISIS most of them – they left Syria for that reason.

I’ve really learned a lot – there are just a lot of really good people that are Syrian refugees. Every single one of them that I met today, I would say was a good person. I met fathers, mothers, children, aunts and uncles and I didn’t see anybody that I felt threatened by.

Nobody disliked me – the men will shake your hand and pat you on the back, the women are more conservative – they will nod or smile. You have to be aware of their customs, they are very conservative folks with their beliefs, but really at the end of the day they’re just great people.

Another Dutch Bros. Perks in Fresno