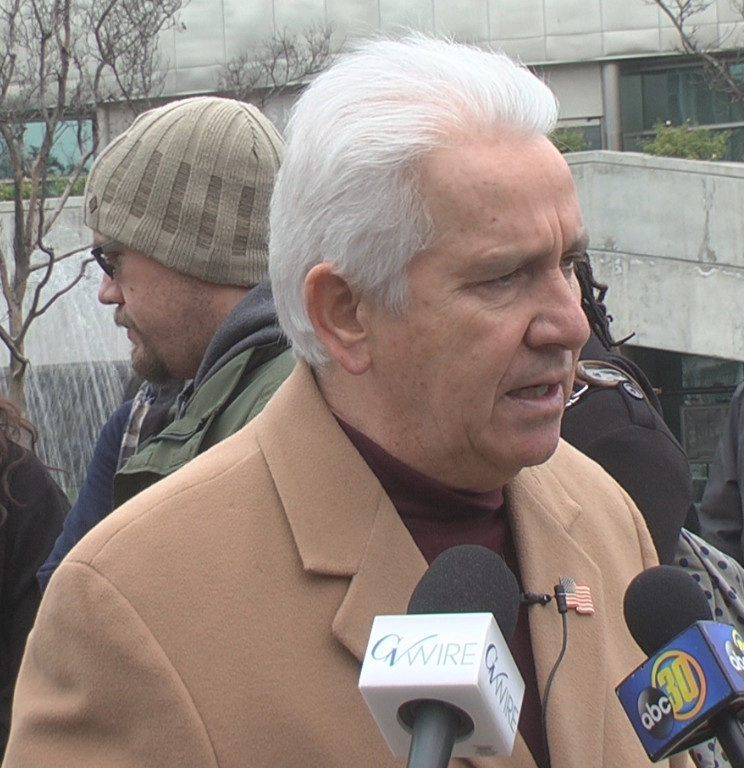 Congressman Jim Costa (D-Fresno) spoke at the downtown Fresno Martin Luther King Day rally on Monday. He took time out to talk with the media in an impromptu Q & A.

He said he is attending inauguration of President-elect Donald Trump on Friday, because he is a bit of a history buff. But, he respects his colleagues who are deciding to sit out.

He also talked about the recent rhetoric regarding Trump’s tweets blasting Rep. John Lewis of Georgia.

Other topics included the Russian hacking and how the recent rains will affect the drought. Costa called for more storage.