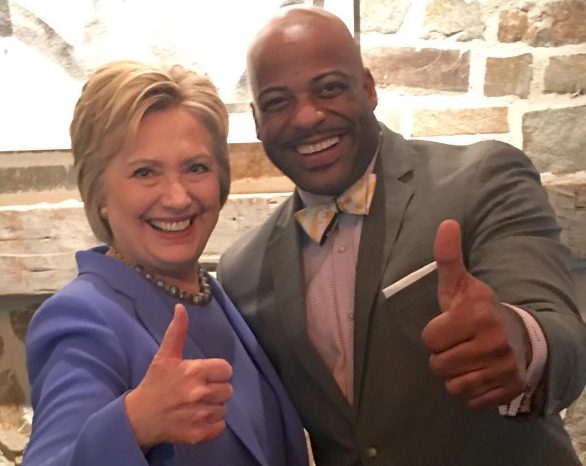 Is this a case of politics as usual? A former state legislator who lost bid for higher office and thus found himself on the political outside, seemingly found his way back in.

Gov. Jerry Brown announced Friday the appointment of Isadore Hall III to the Agriculture Labor Relations Board (ALRB). It was part of a tumultuous day for the board that saw its chairman resign in disgust.

Hall, who ran for a U.S. congressional seat but lost last November, used to represent Compton and the surrounding communities in urban southern California in Sacramento. That, of course, doesn’t mean Hall isn’t qualified to be on a board that investigates unfair labor practices between ag industry employers and farm workers. A bio found on the CSU Dominguez Hills website, previewing Hall as a keynote speaker lists committees he served on:

Other than water policy, nothing suggests he dealt head on with agricultural issues. Prior to serving in the state legislature, Hall was an elected member of the Compton school board and city council. According to the Southern California Association of Governments, the ag industry makes up 0.4% of the Compton workforce as of 2013. By comparison, according the Employment Development Department’s latest numbers, Fresno County’s farm labor makes up of 11% of employees. In Tulare County, that number jumps to 22%.

So, how did Hall receive such an appointment? First, he applied for the $142,095 job. Deborah Hoffman, a spokesperson for Brown, e-mailed GV Wire: “For every appointment we make, the top priority is selecting the best possible candidate.”

On Friday, ALRB chairman William Gould IV said he will resign no later than February 22. The Los Angeles Times reports he was frustrated that a proposal he was pushing that would allow ALRB staff onto farm sites to help educate workers of their rights, stalled in Sacramento bureaucracy.

Hall’s appointment isn’t automatic. He still has to be approved by the state Senate. With Gould’s pending resignation and Hall not quite yet on the board, the ALRB is could be down to only two members out of a maximum five.

Hall lost to Nanette Barragan for an open congressional seat. She created a website, slamming Hall on a variety of issues. This was despite a list of heavy hitters endorsing Hall including: civil rights leader Jesse Jackson, Los Angeles mayor Eric Garcetti and even basketball legend turned entrepreneur Magic Johnson.

The ALRB has made many headlines in the Central Valley over the past few years over the controversial Gerawan Farming case. A labor dispute between the UWF and Gerawan turned messy, when the farm worker’s union reappeared claiming to represent the workers despite a nearly 20 year absence. The ALRB refused to recognize a de-certification vote by Gerawan workers, leading to many lawsuits back and forth.

Related Topics:ALRBGerawanIsadore Hall
Up Next