Meter fever: free hour in garages, but meters to go up 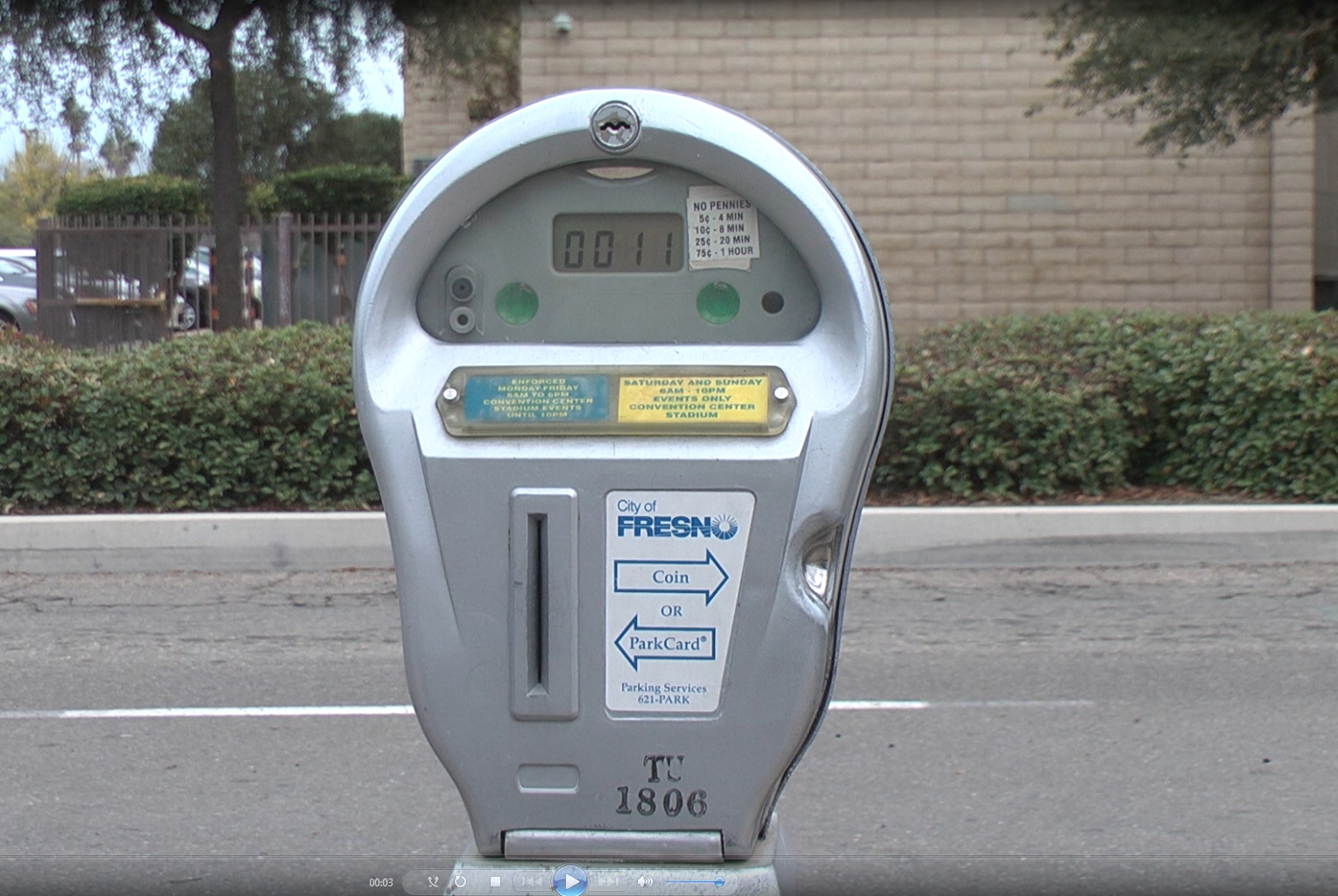 From personal experience and people I’ve talked to, parking is a huge excuse preventing people from coming to downtown Fresno. But the City of Fresno is on it. It’s a good news bad news situation, depending on how you look at it.

The good news- The council on Thursday will vote to give you an hour free in three downtown garages. The bad news- parking meter rates would go up.

The idea is to double the current fee from 75 cents an hour to $1.50 during heavy-use time periods. The hope is that it will drive more people to park in the garages, especially workers who feel street parking is a better deal than garages. The plan also calls for installing smart meters.

During a staff presentation on December 1, 2016, councilmen Clint Olivier and Steve Brandau indicated trepidation to raising meter prices. Paul Caprioglio, whose law firm is located in downtown, expressed to GV Wire issues spaces remaining full in front of his business.

Right now, the city charges $75 per month for an uncovered space in a lot or top floor of a garage and $90 for a covered garage spot. There is a discount for a yearlong purchase, with the price for 10 months ($750/$900 respectively) pays for the whole year.

The city had a number of deals with downtown businesses that even undercut the listed rate. For example, Fresno County has a deal for only $25 a space (a month) at the Boxcar lot at H & Tuolumne. Other government agencies have a deal for $30 a space.

While the base rate for monthly permits at garages and lots won’t change, the city plans to change the pricing plan for bulk buys and end the other deep discounts. In its place, the city will charge a flat rate of $60 a stall for bulk buys, with a minimum at 50 (up from 20).

Plugging in those numbers, not counting for the special pricing some agencies have, those bulk spaces in covered lots (normally at $90 a month) would actually come down for those purchasing 50-99 spaces (the $76,000 for 99 spaces would be reduced to under $72,000). A bulk purchase of 100 or more would be the same under the old and new plan.

The city says raising fees will add $300,000 per year to city coffers. Changes in other rates to bulk permits and monthly permits could bring in an additional $566,000. The city’s plan is to use that money to help pay for parking facilities.

Aaron Blair of the Downtown Partnership tells GV Wire he enthusiastically supports the free hour in the garages.