Mayor's inspection plan: what about the Fourth Amendment? 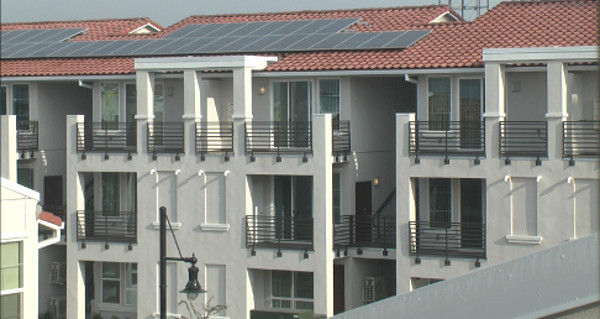 The city council is scheduled to hear the Mayor’ Ashley Swearengin mandatory apartment inspection plan on Thursday. The plan would allow the city to randomly inspect apartment complexes, once every three years.

But what happens if a renter wants to keep their home private, free of government intrusion?

There could be a million reasons why a renter wants to keep the snooping eyes of a city inspector out. Maybe their home is messy. Maybe there are embarrassing things they don’t want seen. Maybe there are illegal activities happening. Maybe there is no reason at all.

Normally, for a government actor (whether it be an inspector, police or the Mayor herself) to force entry into a home, they need a warrant- permission from a judge to make such an intrusion.

As currently written, the ordinance requires the tenant to open his or her door to their landlord and the inspector. There are consequences if the tenant refuses. The pertinent section reads:

SECTION 10-1606. NOTIFICATION OF INSPECTION AND PROCEDURES. (d) If an Owner or tenant in possession of the Property refuses to allow access to conduct the inspection, the City Attorney may use all legal remedies permitted by law, provided reasonable cause exists to believe a violation of the Municipal Code or state law exists on the Property. Inspections for the purpose of this article are a “necessary service” for which entry by the Owner, upon proper notice, is allowed per Civil Code 1954.

Civil Code 1954 spells out what circumstances a landlord can enter a tenant’s apartment. Generally, it falls under four situations:

The code also calls for reasonable notice prior to an inspection. In the proposed city ordinance, it spells it out as 14 days.

The section that the inspection code refers to, “necessary service,” could ultimately be up to a judge to determine if that is enough for the city to enter a private residence.

The hold up is the Fourth Amendment of the United States Constitution, that deals with search and seizures. It states:

The right of the people to be secure in their persons, houses, papers, and effects, against unreasonable searches and seizures, shall not be violated, and no warrants shall issue, but upon probable cause, supported by oath or affirmation, and particularly describing the place to be searched, and the persons or things to be seized.

GV Wire asked noted Fresno attorney Charles Magill how the Fourth would play into inspections. “You can’t be subject to unreasonable governmental searches and seizures without authorization.”

In his experience, he questions whether a judge would grant a warrant for the Mayor’s cause. “Not if it’s a random inspection. Unless they can articulate a basis and belief that they are going to find violations in that area.”

Magill cited last year’s Summerset Village Apartments crisis as a possible reason a judge may grant a warrant for an inspection.