Who the real presidential Valley Electors are 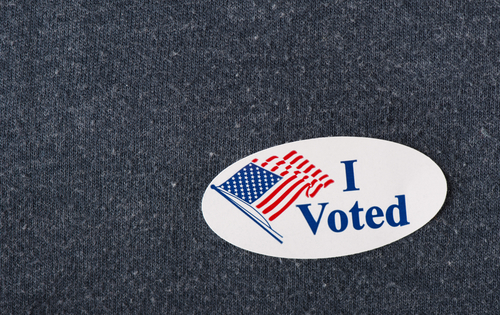 As it is Election Day, the nation is voting for the next President of the United States. But, not directly. The Electoral College, defined in the 12th amendment of the Constitution, actually selects the next leader of the free world. The exercise today is to chose who those electors will vote for.

Each state plus Washington D.C. shares 538 electors. The electors are disbursed by the number of U.S. Senators and members of the House of Representatives each state (or in D.C.’s case 3) has. Thus, California, with two U.S. Senators and 53 congressional seats, thus 55 total electors.

The electors themselves are chosen by the political party of the candidate who won the state’s vote. Without providing a spoiler, expect the Democratic candidate, Hillary Clinton, to take California. The Democratic Party has a list of its 55 electors, one for each congressional district and two for each of the U.S. Senators. By law (3 USC chapter 1, section 7), the electors meet in their respective states on “the first Monday after the second Wednesday in December” this case being December 19. California Election Code 6904 further says the meeting takes place 2 p.m. at the State Capitol.

Diebert is a probate referee, described as “The California State Controller appoints probate referees to perform reliable, prompt, and low-cost appraisal of all types of estate assets. The service of a probate referee is required for court resolution of an estate and also available for non-probate trust administration.”

Huerta is the daughter of congressional candidate Emilio Huerta and granddaughter of Dolores Huerta, co-founder of the United Farm Workers.

Natoli is a history professor at College of the Sequoias.

State law (Elections Code 6909) also provides that electors receive $10 for their troubles and a rate of five cents a mile for travel. No word how the rule applies for car poolers.