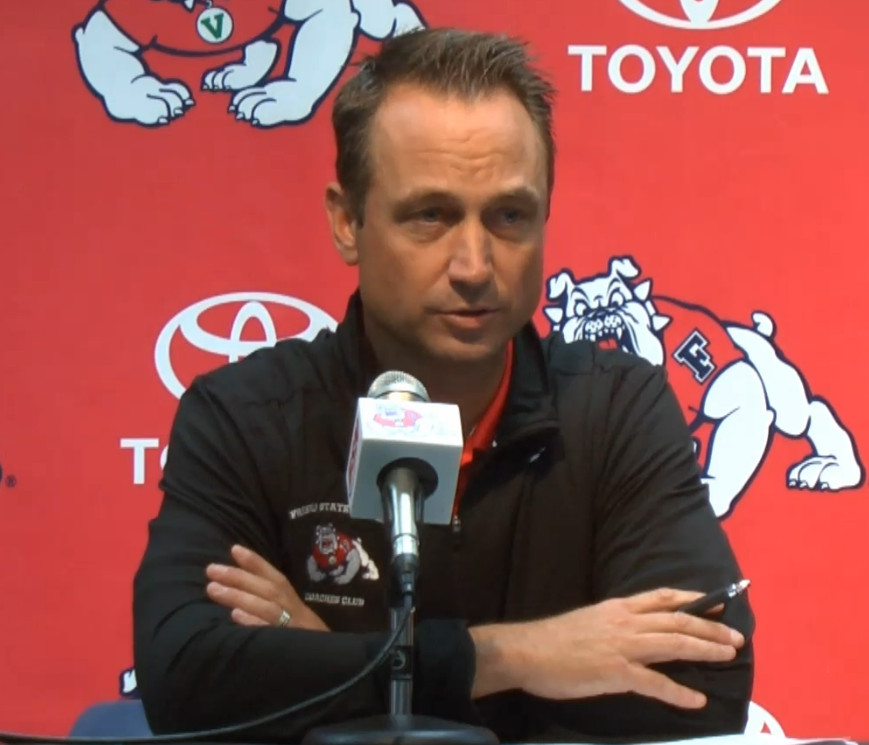 Eric Kiesau left Logan, Utah Saturday night as Fresno State’s offensive coordinator. By the next morning, he was the team’s new head coach.

Many Bulldog watchers weren’t surprised that Tim DeRuyter was fired after a dismal 1-7 start. It may have been a mild surprise that it happened mid-season. Nonetheless, Kiesau is now the man for the last five games of the season. His debut takes place Friday night at Bulldog Stadium versus Air Force.

Kiesau held his first weekly news conference with the media Monday afternoon. He asked his players who is on board, understanding if players felt any apprehension.

He also said he hopes this job continues beyond 2016. He has a five game audition. Local pundits are already pointing to former Bulldog QB and Cal head coach Jeff Tedford as the next man in charge.

Job numbers up as teachers return to school